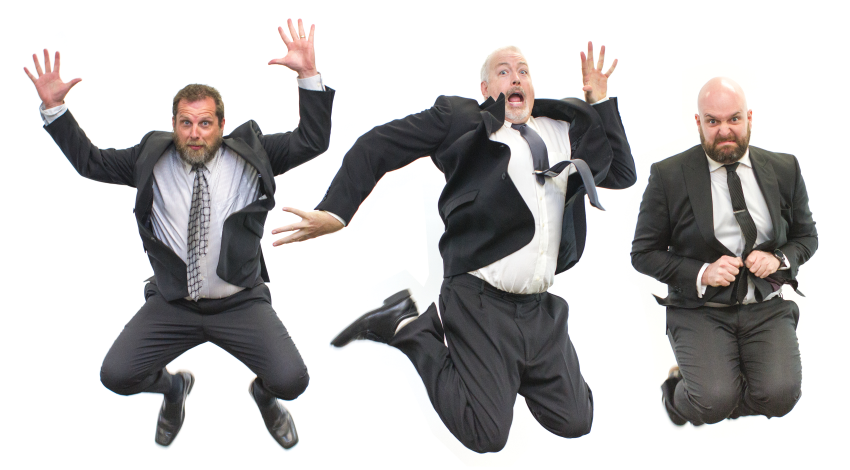 With comedy legends like Red Green and members of Whose Line Is It Anyway lending a hand, international improv comedy stars, THE fidgets have a show like no other.

“Being from a small city like Sarnia, Ontario, you wouldn’t expect that our network would include the likes of Red Green, Colin Mochrie, Ryan Stiles or Brad Sherwood,” stated leader John D Hollingsworth. “We’re grateful that these talented comics and more have generously invested in us.”

Now on their ninth tour, THE fidgets, John D Hollingsworth, Chris Reid and Dave Lane, are both well-travelled and well-received, partly due to the coaching and advice they’ve received from “the greats”.

“Dave Coulier (Uncle Joey from Full House) instructed that clean comedians always get more bookings than dirty joke tellers”, John explained. “Red Green gave us some great ideas about how to market ourselves and to whom. Ryan Stiles and the rest of the team from Whose Line Is It Anyways talked to us about how easy it is to rehearse once you have the right combination of comedians. Colin Mochrie gave us an incredible endorsement.”

As they approach their tenth year on the road, the coaching has benefited both performer and audiences alike. “Customizing our show to our audience means you could watch us perform for a week straight and you would never see the same show twice,” recounted fellow comedian Dave Lane. “We have 34 sketches in our repertoire and on a typical night, perform seven to eight of them. That gives us lots of opportunities to switch things up all the time.”

“We were happy to add Stouffville to our W.O.W. (We Are Weirdos) tour. Ontario crowds love to laugh,” joked Chris Reid.

THE fidgets will be bringing their comedy performance to the Stouffville Pentecostal Church on Friday, March 31st. For more information, call 905-640-5696.

About THE fidgets: THE fidgets are an improv comedy team based in Sarnia, ON. They perform for corporate banquets, church events and charities and are endorsed by comic celebrities including Red Green and Colin Mochrie.