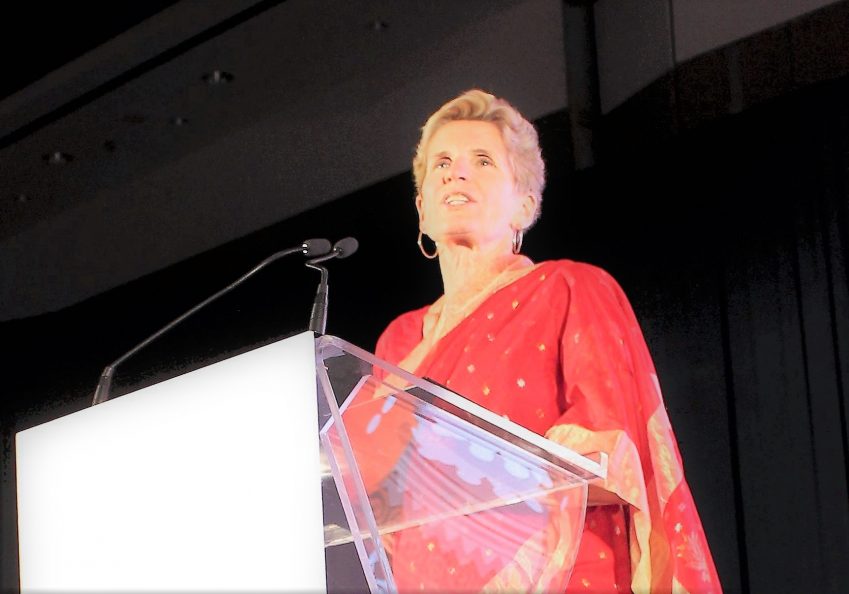 In her address, Ontario Premier Kathleen Wynne highlighted the community and anti-racism.

“We have to work to combat systemic racism in all of our venues whether we’re at work, whether we’re with our families – wherever we are in our communities,” she said.

Wynne also saluted a “great Canadian,” Captain Gus Dalton, who passed away Jan. 17 at the age of 87. Dalton is famous for rescuing 150 Tamil refugees from two tiny lifeboats floating off the coast of Newfoundland in 1986.

“Captain Dalton made sure that every one of those men made it to safety,” said Wynne, to a roaring round of applause from the mostly Tamil audience.

Other notables taking the stage included federal Minister of Status of Women, Maryam Monsef, who also spoke about Captain Dalton, along with Ontario Conservative leader Patrick Brown, who highlighted the genocide of Tamils during the Sri Lankan civil war.

Community leaders, Dr. Vijay Janakiraman and Dr. Sundaresan T Sambandam, were given Leaders for Change Awards for their efforts in bettering the community. Both donated $500,000 toward various Tamil initiatives. The evening also featured an English and Tamil rendition of the national anthem, dance performances and a comedic duel between Stouffville Mayor Justin Altman and Regional Councillor Nirmala Armstrong.