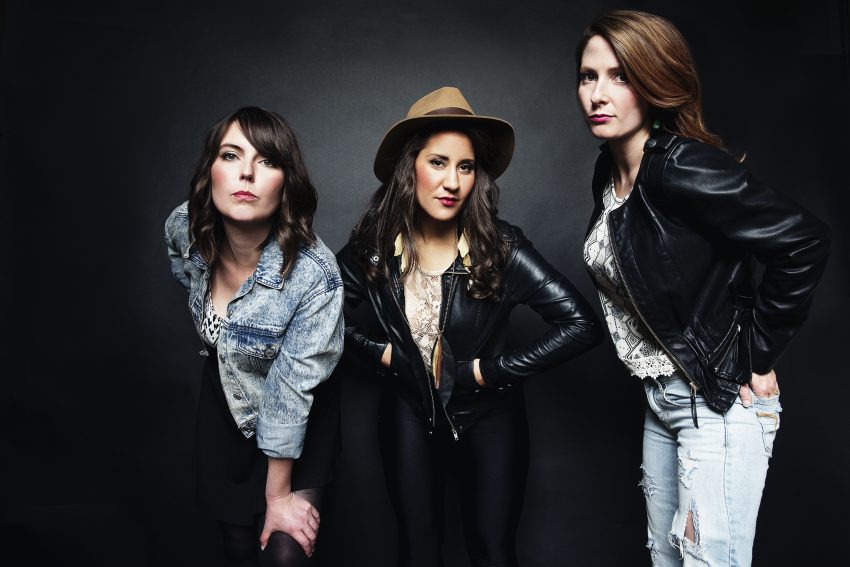 They blend soulful and powerful vocal harmonies with the sincerity of folk and the foot stomping energy of roots.

Sweet Alibis’ career began with their first release in 2011, self-titled and produced by Mitch Dorge (Crash Test Dummies) which sent them on their first tour across Canada. With local and college radio play, Sweet Alibi fans demanded a second album.

In 2013 Sweet Alibi teamed with producer Rusty Matyas (Imaginary Cities) together they created their second album entitled We’ve Got To. Inspired by a very tumultuous year, We’ve Got To, reflects the personal woes of the group and the title track I’ll Wait hit the heartstrings of many listeners. The song reveals the struggles of cancer and battling death, of which many can relate.The album garnered national accolades, awards and major radio airplay, reaching #5 on CBC Radio 2’s chart.

Their newest release entitled Walking In The Dark is a wonderful follow-up to We’ve Got To. Walking in the Dark has been making its debut being featured on CBC, MTV Canada, CMT, satellite and college radio. The album touches on the subjects of love, death and addiction. It features the two lead vocals of Jess Rae Ayre and Amber Rose. The title track Showing You is a song about showing love through actions and being there for those when they need you the most.

Sweet Alibi performs October 27 at Nineteen on the Park.