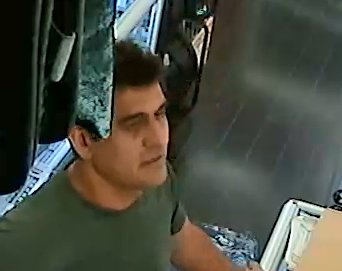 Police seek public assistance to identify a man who committed an indecent act in a Markham mall.

On October 11, officers received a report from an employee at a shop in the Pacific Mall located at Steeles Avenue and Kennedy Road in regards to an indecent act.  She advised that on October 10 at approximately 8:45 p.m., a male suspect was in the store purchasing some items and exposed himself several times.

Investigators are releasing images of the suspect and seeking public assistance to identify him. He is described as Middle Eastern, approximately 6′, medium build, brown hair and in his 40s.