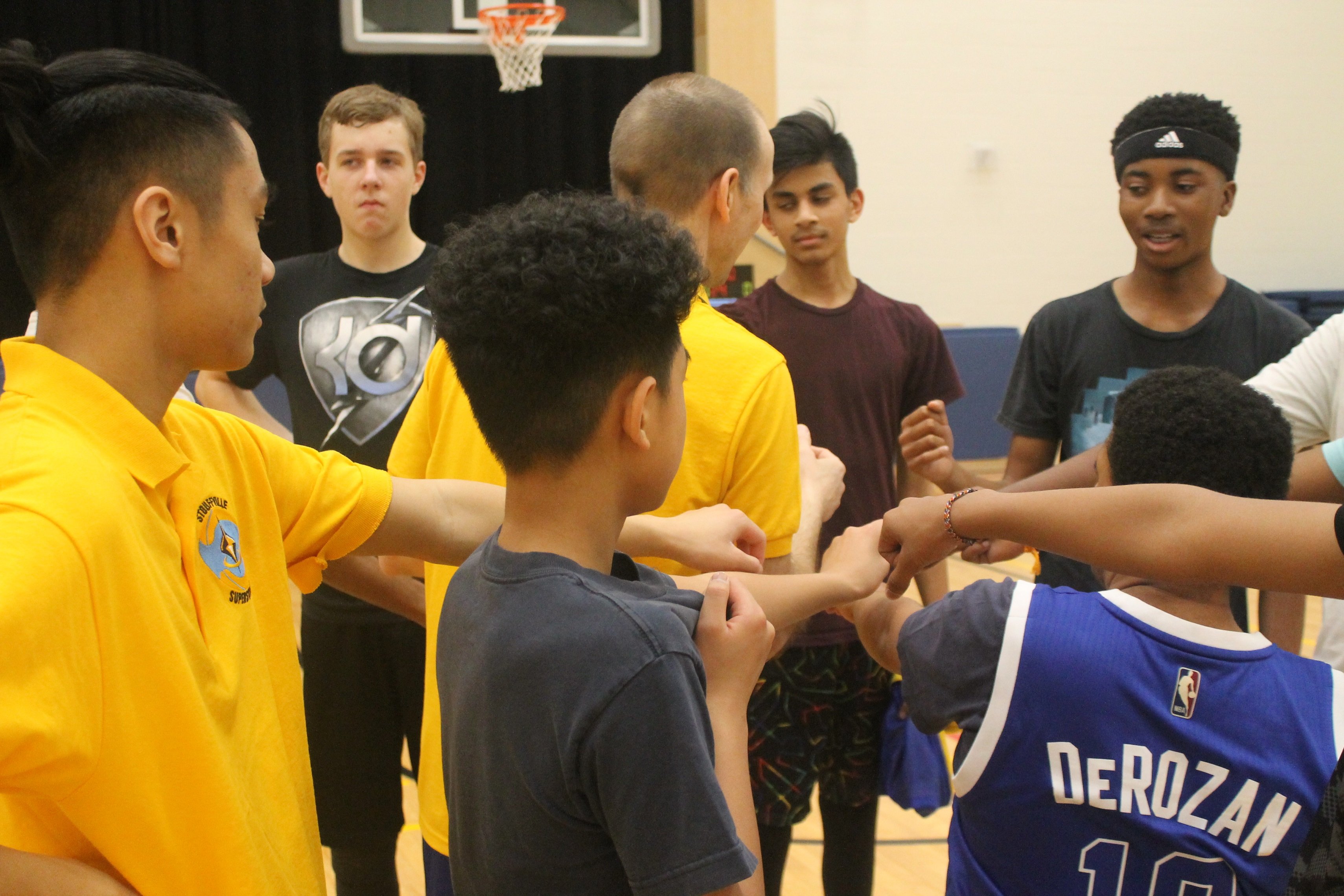 Despite the rise in popularity of basketball, there hasn’t been a dedicated program for it in the Stouffville community.

Dereck Hoppler is looking to change that.

Hoppler has started up the Stouffville Supersonics program as an opportunity for boys and girls to grow their game.

“The thing with the Stouffville Supersonics is that we want to be teaching life skills,” Hoppler said. “Our motto is building leaders on and off the court. It’s great that our kids can develop basketball skills with us here, but while they’re here, they’re also developing life skills.”

Hoppler, who has had plenty of coaching experience, sees the correlation between playing basketball the right way and being able to mature as an individual.

“It’s (about) being a good team player, communicating well with each other, dealing with pressure, dealing with tough situations, all of that kind of stuff,” Hoppler said. “So that’s a big part of what we want to bring to the community through mentoring the kids as well.

“We want to be good role models for them, and show them, for example, when they knock a guy down because they drove the net and you didn’t make the layup, but you also pick him up and say sorry,” Hoppler added. “I want to teach them the life skills along with the basketball skills.”

Hoppler’s Supersonics began with a quartet of free, drop-in sessions, with the last one taking place on Tuesday, April 3.

Following that, a 10-week session for both junior (ages 10-13) and senior (ages 14-17) ballers opens up on April 10, which, like the drop-in sessions, is played at Barbara Reid Public School.

“It runs skills on one side of the gym and a 3-on-3 game on the other side of the gym,” Hoppler said. “We do that because we want the kids to keep moving. We don’t want kids standing around in line, just waiting.

“We have four coaches, so two will run skills on one side while the other two are on the side with the game, and then halfway through the hour, we switch.”

Hoppler focuses on the 3-on-3 game as he considers it to be a huge benefit to players of all levels.

“3-on-3 is a bit of a new concept,” he said. “It’s teams of four, with one substitute, and they play 10-minute, stop-time games. The reason we incorporate that into our program is that it gives the kids a lot of ball touches. You’re on the court for a lot longer and you’re handling the ball, whereas in 5-on-5, you may not touch the ball for a few plays.

“(With) 3-on-3, they have a better chance to touch the ball, as well as their chances to read the plays during the game, and all of that can easily be translated to 5-on-5.”

The plan ahead is to have a summer, 3-on-3 tournament, at Memorial Park, as well as more skill sessions, which will likely eventually be housed in the town’s soon-to-be completed gym.

Although the program is not yet an Ontario Basketball Association (OBA) member, Hoppler has gotten the ball rolling in that department.

“The plan is definitely to become a part of the OBA, because that opens the door for tournaments and a lot of other things,” said Hoppler, who spoke of a three-stream system including house league, rep and development programs to run year-round. “The rep teams would be part of the OBA.”

Hoppler runs a Wednesday night basketball program with the Town of Whitchurch-Stouffville and sees a huge demand in the area that could be filled with a program like the Supersonics.

“I see a lot of kids with potential, and talk to a lot of parents that are dying for a rep program in Stouffville,” Hoppler said. “A lot of them who want that have to go to Markham and play with the Gators, or MUMBA, or some even play for the Northern Kings out of Pickering, because there’s nothing in Stouffville for the kids. In a town of this size, it’s a huge opportunity to bring in an association that’ll really thrive.

“With basketball on the rise here, thanks in part to the Raptors, it’s a great opportunity to have something going forward.”

To register for any of the Stouffville Supersonics program, or for more information, visit www.leaguelineup.com/stouffvilleSupersonics or e-mail [email protected].

One thought on “Supersonics tip off in Stouffville”