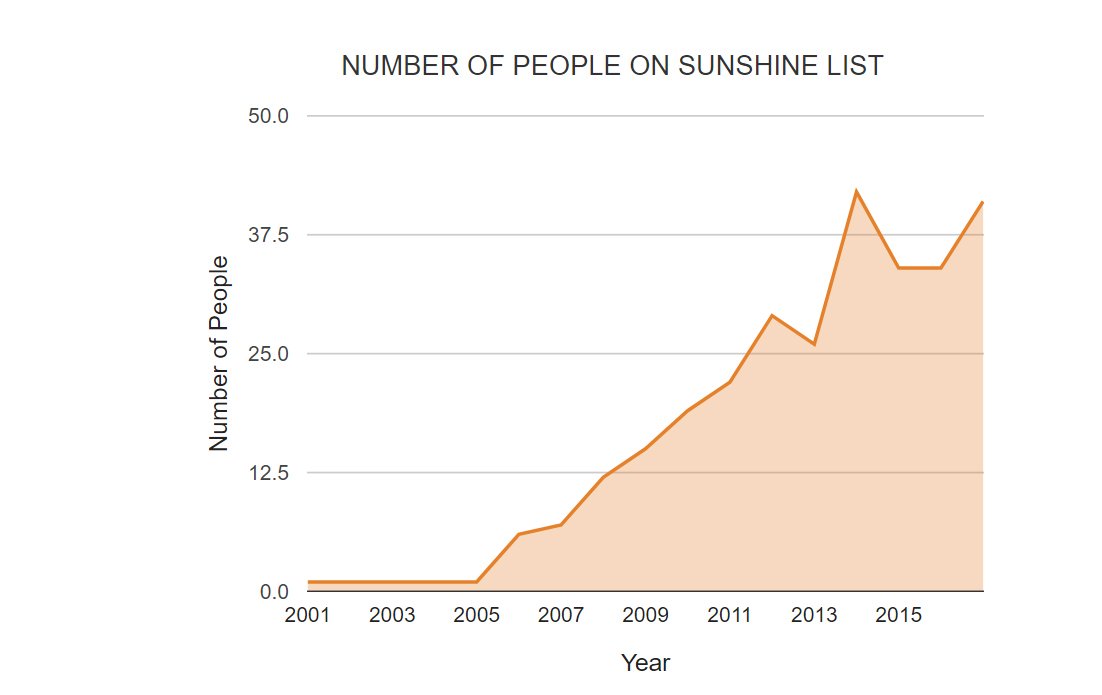 The Town of Whitchurch-Stouffville had 41 people earn more than $100,000 in 2017, according to information released under Ontario’s Public Sector Salary Disclosure Act. Commonly known as the “Sunshine List,” the act compels provincial public sector employers to disclose salaries once a year.

The other top earners include

The number of workers who reached the plateau jumped by seven from the previous year, an increase of 20.6 per cent.  The number of people earning more than $100,000 has generally grown steadily over the years. By comparison, in 2005 only one person topped the $100,000 mark.