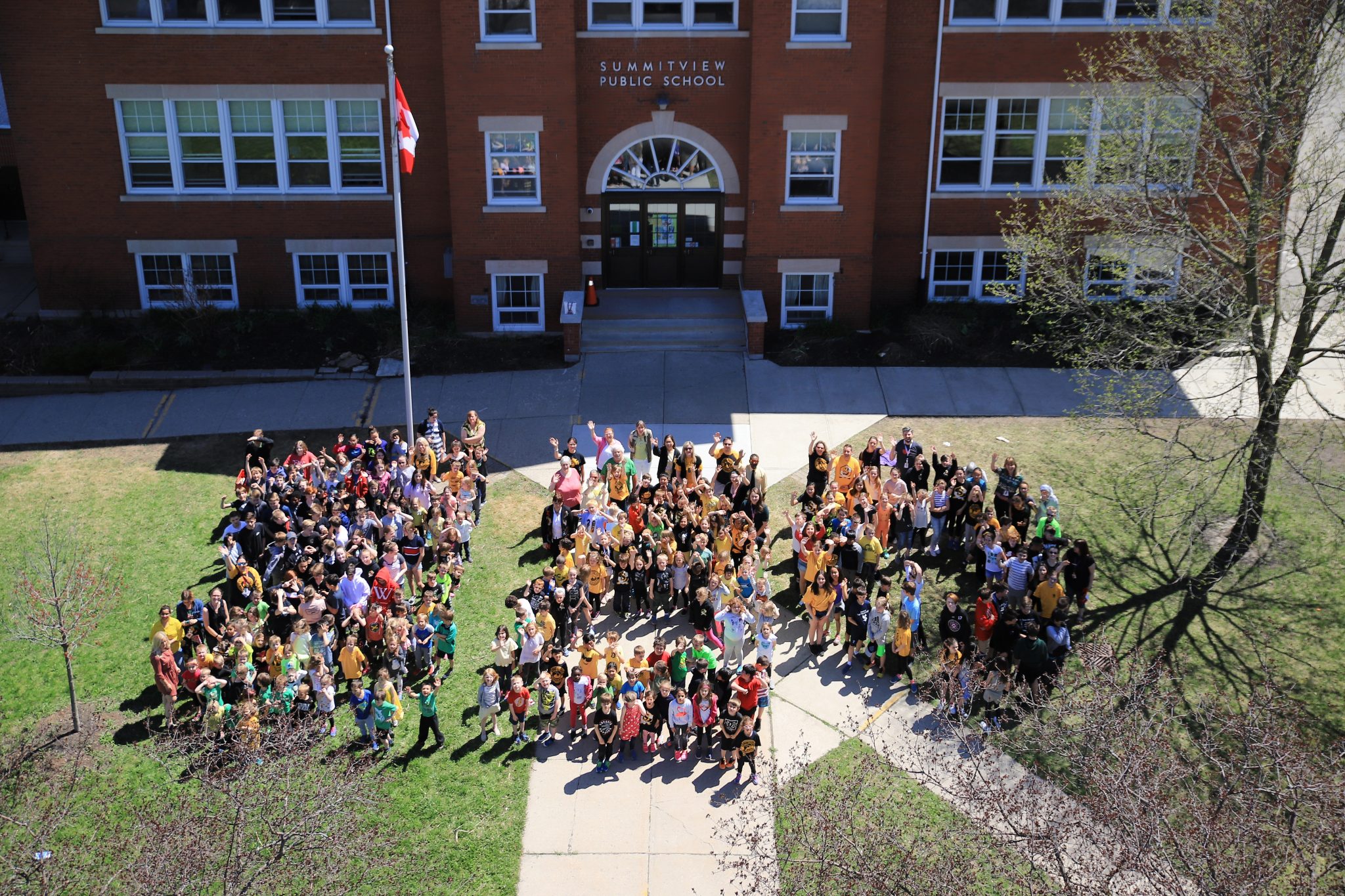 Summitview Public School opened its doors to students 100 years ago, for the 1917-18 school year, after a fire, in March 1917 destroyed an earlier four-room brick building on the same site. Prior to the four-room schoolhouse, an even earlier set of buildings existed, located closer to Tenth Line and east of the current site.

It was known as the Stouffville Public and Continuation School (1918), until a student vote to change the name in 1959. The classic red-brick school is located on the traditional territories of the Wendat, Haudenosaunee and Anishinaabe people, whose presence continues today.

Over the years, both the inside and outside of the school have been used as a film location. In the late 1970s, TV series The Littlest Hobo was shot there and, in the ’80s, the movie The Dead Zone (1983) made use of the locale.

This year, the school community has been focused year round on commemorating the school’s legacy. Students selected special activities, interviewed alumni, researched the history of both the school and its artifacts, filmed theatrical green-screen vignettes and era dances, created “time-travel” and memory rooms, and beautified the schoolyard and garden. On June 9, between 10 a.m. and 2 p.m., all will be revealed and you’re invited.

The official opening ceremony will be at noon, however, the rooms and halls will be filled with much to see.

As well, there will be food and ice cream, balloon twisting and cotton candy on sale. Student-created centennial memorabilia (magnets, keychains and bags) will also be on sale so that you can take a piece of Summitview history home with you, while supporting the school outdoor equipment fundraiser.