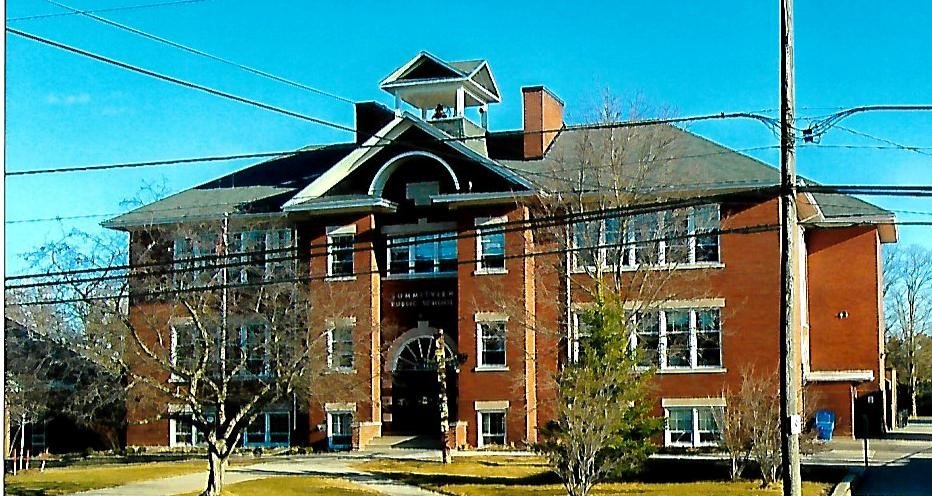 The one room school belongs to an era in Canadian life that has largely vanished. The school was part of the community woven into the lives down through each generation. In the early days of Stouffville, schools are mentioned both on the Markham Township (south side) and Whitchurch Township (north side).

Summitview has had many generations attend this school, possibly grandpa and grandma or even other older generations. The extended “family” of the school community consisted of trustees, caretakers, teachers and classmates. All were from the local village of Stouffville. They helped to build it, maintain it and repair it. They also kept it painted and paid for expenses.

The one room frame building was quickly replaced by a one room brick building on the same site. The growing student population soon reached over 100 students. The S.S. number for Markham Township was #23 located in the same school yard since 1848. This predates the Common School Act of 1850 by Egerton Ryerson.

The class size by 1857 was 120 pupils. W.J. White, a former student, notes that the teacher had some class monitors. The next year the class size was 140 pupils.

A low point for the school life was a fire on March 20, 1917. Chief Blake Sanders was notified by Alf Pugh that the school, which was built in 1880, was on fire. It was started in a storage room under the stairs. It was doused quickly, so the firemen thought. However, the fire smouldered and spread to a partition which allowed for the fire to move up through the wall cavity to the roof. The fire also spread up the stairwell and soon the entire building was ablaze. The firemen were able to save the lower room in the west wing. The insurance payout was $5,000 which did not cover the damage. Most of the books were destroyed by fire, smoke and water.

After the fire, classes were held at many locations in town. Students attended classes at the Presbyterian Church both in the basement and auditorium, and some in the Council chambers (over the fire hall). Todd’s Block (west end stores) and Fred Nighswander’s paint shop (on the corner of Baker Ave.) contained the remaining students.

The old building was levelled, and the bricks were cleaned and piled ready for reuse for the interior of the new building. The contract for the new brick school was given to Milton Pressed Brick Co. The brick was bought early, as a rise in price was anticipated. The difference between number one and number two bricks was only $80 on the entire order. Milton Brick Co. is the only firm that was able to fill the order on time.

Summitview is York Region’s oldest school on the same site. It has provided education for 169 years.