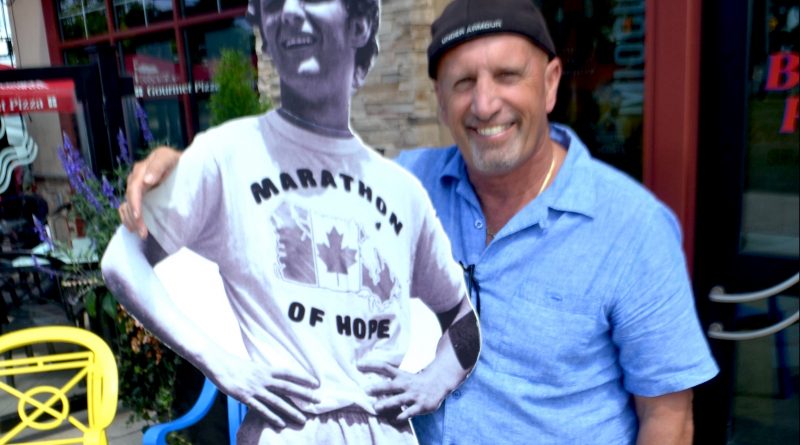 Keith Acton, former NHL player and coach, has been named the first ambassador of the Terry Fox Run in Stouffville.

A native of Stouffville, Acton was diagnosed with testicular cancer in 2003. He turned a negative into a positive hosting his Game of our Lives charity hockey event at the Stouffville Arena in 2003 and 2005.  Tickets for both games sold out in minutes. They drew national media attention.

Now 61, Acton is a father of four and grandfather of two, still firmly rooted in his home town. The former Stanley Cup champion and NHL all-star owns and operates the local Boston Pizza and serves as director of development of the local Jr. A hockey team, the Stouffville Spirit.

“We are thrilled to have Keith Acton as our first official ambassador for the Stouffville Terry Fox event this year,” Stouffville Run chair Stacey FitzPatrick said. “As an involved member of our community and as a cancer survivor, Keith embodies the spirit of hope and determination that Terry had every day of his run. We can’t wait to have Keith take part on event day and help us spread Terry’s inspiration to our participants.”

Acton, who was born the same year as Fox, calls him “his hero.”

“Because of Terry and his sacrifices, he has armed our experts with the strategies to allow us to become cancer survivors,” Acton said. “Terry had a hope and a dream and an expectation that he was going to eliminate cancer one stride at a time. Let’s continue Terry’s dream on Sept. 15 in Stouffville.”

Acton will speak before this year’s Terry Fox Run and attend other events on behalf of the Stouffville run.

The run returns to town Sept. 15 with a major milestone set to tumble – $2 million raised since 1982.

And it’s more than a run. Participants can also walk, cycle, rollerblade or take their wheelchair around the 5 or 2k routes.

“The red survivor shirts on event day are why we do this year after year,” said FitzPatrick. “We hope more survivors will reach out and join us in celebrating what Terry’s legacy has achieved. He’d be so proud and inspired by the hope that they bring.”

Stouffville businesses, service clubs, churches and families are encouraged to join the 30 teams who took part last year. Teams receive special recognition during the event. They can pre-order Terry Fox T-shirts with their team name printed on them.

A new “teams village” will be set up in Memorial Park on run day. Teams are being encouraged to set up and decorate tents and invite their members to “gather at the tent” to begin their special day.

Boston Pizza, Hwy 48 and Hoover Park Drive in Stouffville, will host a Terry Fox Celebrity Server night on Sept. 9. A portion of all sales that night will be donated to the run. Representatives from the run will be on hand to drum up support for the event.

Visit www.TerryFox-Stouffville.ca for more information and updates on the Stouffville Terry Fox Run.