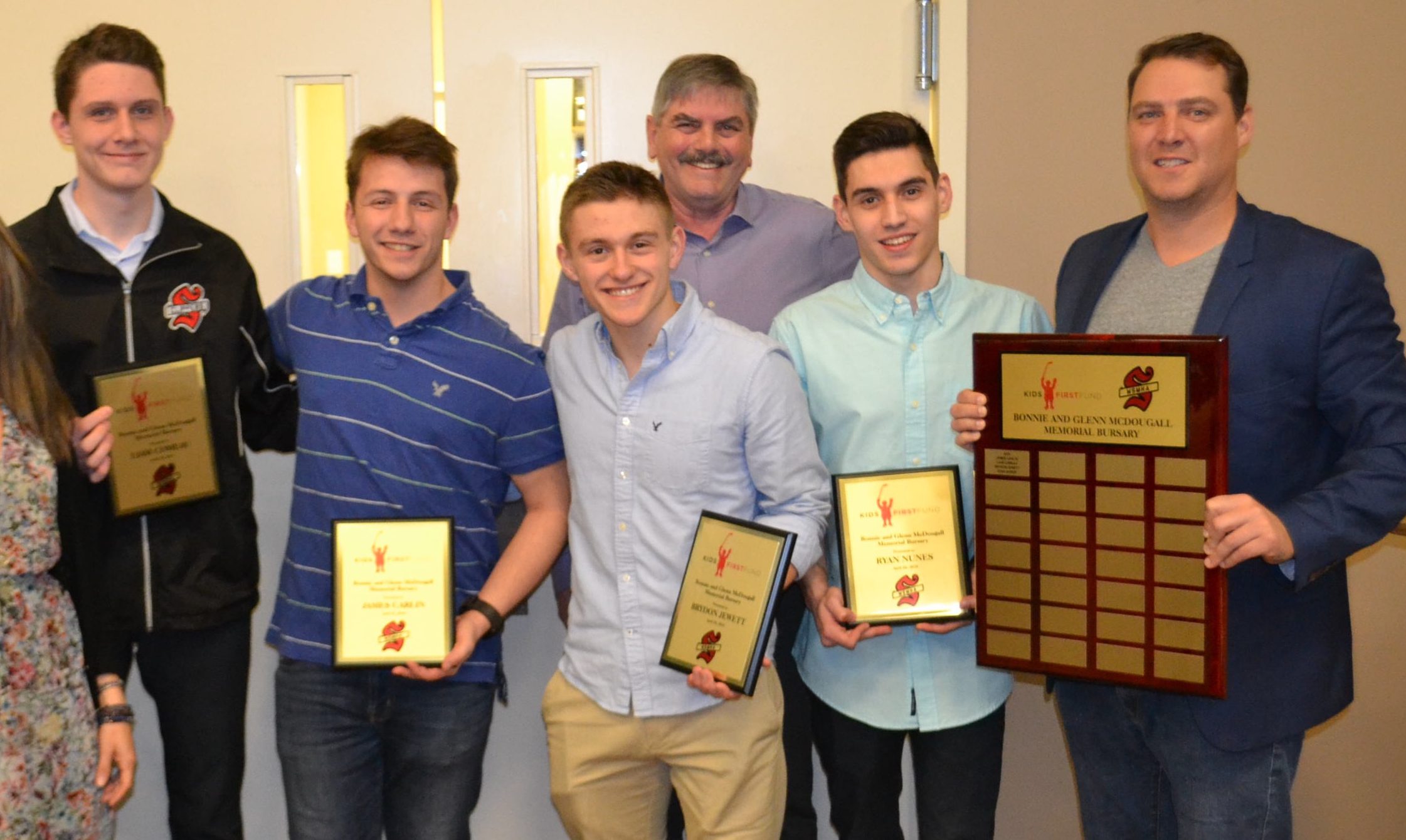 Four Stouffville hockey players are the recipients of a inaugural bursary program launched in the community this year.

James Carlin, Liam Comeau, Brydon Jewett and Ryan Nunes received financial awards from the Bonnie and Glenn McDougall Bursary fund during the annual general meeting of the Whitchurch-Stouffville Minor Hockey Association (WSMHA) this spring. All four are WSMHA graduates who will be attending university or college this year.

The bursary is an off-shoot of Stouffville’s Kids First Fund, which has assisted approximately 100 players whose families have had difficulty with the cost of minor hockey during the past six years.

“In 2012, the Kids Fund Committee was wondering how we could generate the financial resources to sustain the program,” Harmsen said. “Due to the tremendous generosity of the community, the available funds continued to grow.”

That generosity includes funds donated from a popular golf tournament run by former Stouffville Clippers Ian, Scott and Devon McDougall in memory of their parents – Bonnie and Glenn.

“Many of the golfers who play in the tournament year after year have participated in the hockey programs provided by the Whitchurch-Stouffville Minor Hockey Association,” said Harmsen. “For me, the biggest reward is to see the participants bring their family to the banquet at the end of the day of golf.”

For more information on the Kids First Fund or Bonnie and Glenn McDougall Bursary, email [email protected] or call 905-642-2835.

Photo: Bursary recipients, members of the McDougall family and Peter Harmsen, of the bursary selection committee.