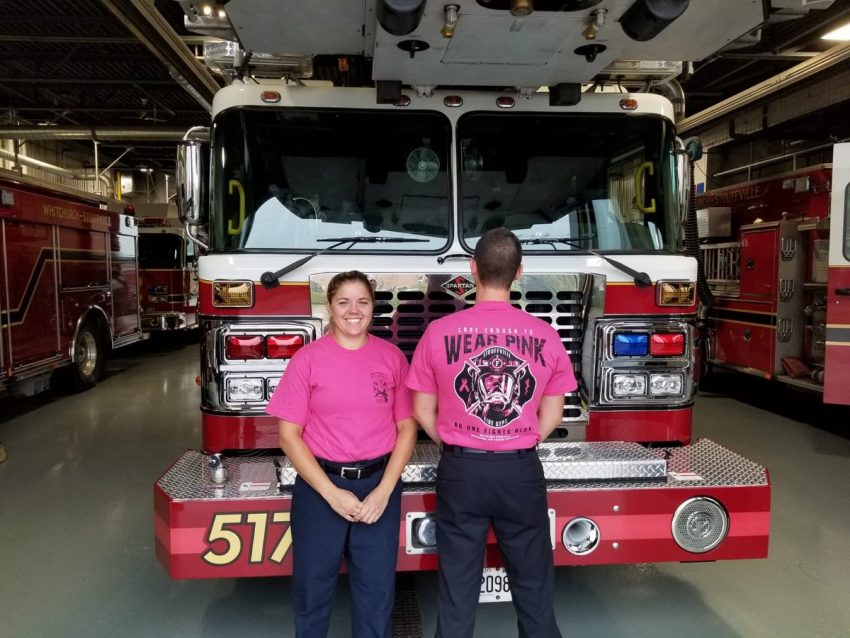 Look for firefighters and fire trucks – but no fire – at the Stouffville Arena on Oct. 4.

The Stouffville Spirit will host Whitchurch-Stouffville Fire and Emergency Services during their Ontario Junior Hockey League game. Firefighters will be speaking to fans about fire prevention and selling pink T-shirts in support of the fight against breast and other cancers. All proceeds go to Markham Stouffville Hospital. Fire Chief Richard Renaud and Deputy Chief Trevor Wawryk will take part in the ceremonial opening faceoff at 7:30 p.m.

Can’t make it to the game? You can purchase a T-shirt from the Stouffville fire station, 100 Weldon Rd., weekdays from 8 a.m. to 4:30 p.m., as well as at other local events this month.

Across North America, firefighters are wearing pink to support the fight against breast cancer.

“Firefighters are motivated to get involved for many reasons, and often it’s because they have been personally affected by the disease,” says Sean Tucker, a Whitchurch-Stouffville Fire and Emergency Services firefighter and member of the charity committee. “We are supporting breast cancer awareness and prevention by encouraging others to give so that no breast cancer patient goes without lifesaving treatments or having hope for a cure.”

Firefighters exposed to carcinogens and other chemicals while on the job are disproportionately diagnosed with breast cancer – just one of many cancers linked to the work firefighters do. With one in eight women diagnosed each year in Canada, an estimated 26,500 new cases of breast cancer and 5,000 deaths was estimated for 2017. Among all women affected, 85 per cent have no family history of the disease.