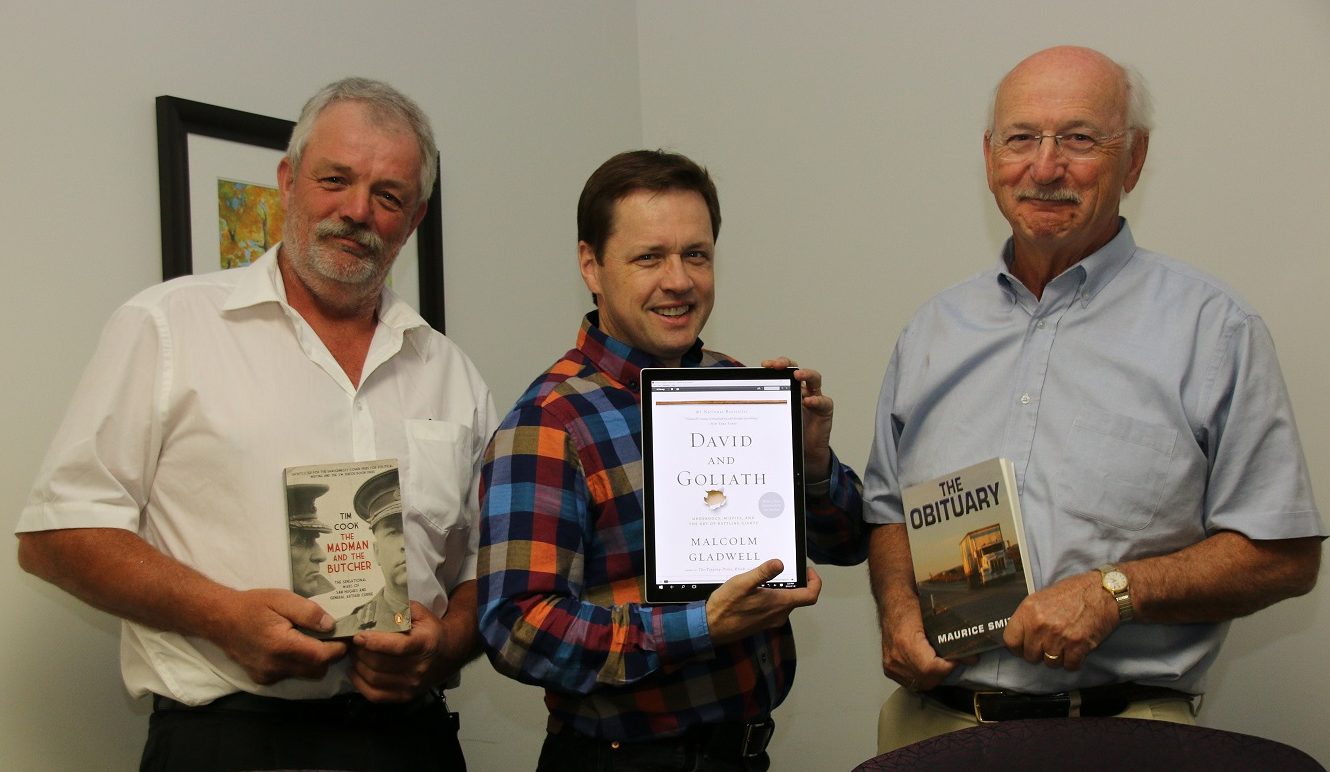 Reading may not seem like a battle sport to the casual observer. But make no mistake, there are a number of titles skirmishing over the warn weather months for the hearts, mind and attention of Stouffville readers.

The annual Stouffville Reads initiative is a yearly event designed to “celebrate reading and community.” The reading, whether done digitally or on old-fashioned paper, involves the participation of Town leaders and influencers. Organized by the Town library, each Stouffville Reads “Champion” chooses a book that impressed them in some way and deserves to be read by the entire Town. The picks each year are a mix of fiction and non-fiction, fun and serious. Whether impressed by the beauty of the prose, personal resonance, great research, or impact of the observation, the champions remind us that there are many great reasons to read.

This year’s mix is no exception with international and local titles fighting to be the 2016 Stouffville Read Champ.

Whitchurch Stouffville Ward 2 Councillor Maurice Smith is the local entrant who is championing his 2015 self published fictional work, The Obituary, while Ward 3 council colleague Hugo Kroon has forwarded Canadian war historian Tim Cook’s The Mad man and the Butcher – a book about WW1 Figures Sam Hughes and Arthur Currie, as potential champion.

Matt Giunta dares to forward Daring Greatly: How the Courage to Be Vulnerable Transforms the Way We Live, Love, Parent, and Lead by Brene Brown. Susan Bosak of the Legacy Project makes the case for Composing a Further Life: The Age of Active Wisdom while Shyana Srikanthaligam pushes Lean In: Women, Work, and the Will to Lead.

While the library has stocked all the books for consumption over the summer, each champion will make a personal pitch for their book on Whistle Radio on Tuesdays at 5:30 pm in August starting Aug 2 with Bosak and Srikanthaligam, followed Matt Giunta and Maurice Smith August 9 with the next matchup featuring Kroon and Fletcher on Aug 16.  In case you miss the Tuesday time slot, the Tuesday series repeats the following Thursday at 9 am.

The battle winds up in October 20 at 7pm as the champions go face to face in debate at the library to make their last pitch before the tough decision is made. You are invited to place your vote in at the library until then or online

Take a look at all the entrants to this year’s cohort and vote at www.wsplibrary.ca/whats-happening/stouffville-reads/.