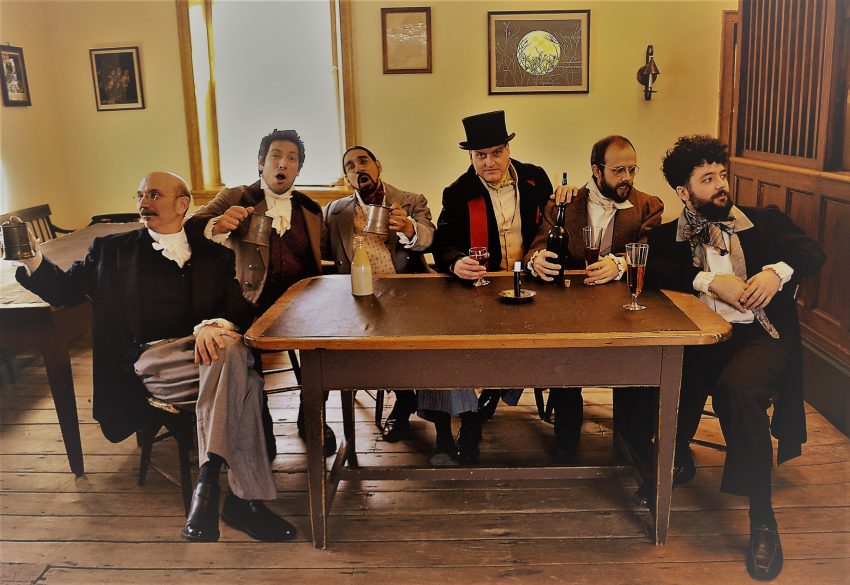 Jason Wilson selected his hometown theatre to preview his new album/play. The two-time Juno Award nominee and bestselling author will play the Lebovic Centre for Arts and Entertainment – Nineteen on the Park, in downtown Stouffville, Jan. 25.

The new album, Sumach Roots, will be released in July 2019. Filming of a video to accompany the recording will take place at the Stouffville concert.

Sumach Roots samples the host/migrant experience in Upper Canada across four centuries. Written and performed by Wilson, the suite surveys, among other stories, Elizabeth Simcoe’s diaries (1793- 96); the early taverns of Upper Canada (1800s); and the Irish Famine and Toronto (1847). The live performance includes actors performing skits to help explain and introduce each musical vignette, as well as Wilson’s high-calibre band.

“As the whole album is really centred around the Upper Canada experience, Stouffville – my home for eight years now – feels like the perfect fit for this sneak preview. Each vignette can be applied to small-town Ontario of an earlier time. And it’s nice to know there’ll be a hometown crowd on the (preview) night,” said Wilson.

Wilson, a Canadian Reggae Music Award winner, is a Whitchurch-Stouffville resident. He has performed more than 2,500 shows in Canada, the U.S., UK and Jamaica. An adjunct professor of history at the University of Guelph, Wilson has six books to his name, including the Toronto Maple Leafs’ official centenary book and Lord Stanley: The Man Behind the Cup. Wilson and his band have played 19 on the Park during its Summer 2016 Patio Series, as part of Whitchurch-Stouffville’s 2017 Doors Open tour and at a fundraiser for the Stouffville Cares refugee support organization.

The concert begins at 7:30 p.m. Tickets are $20 and available at nineteenonthepark.ca.