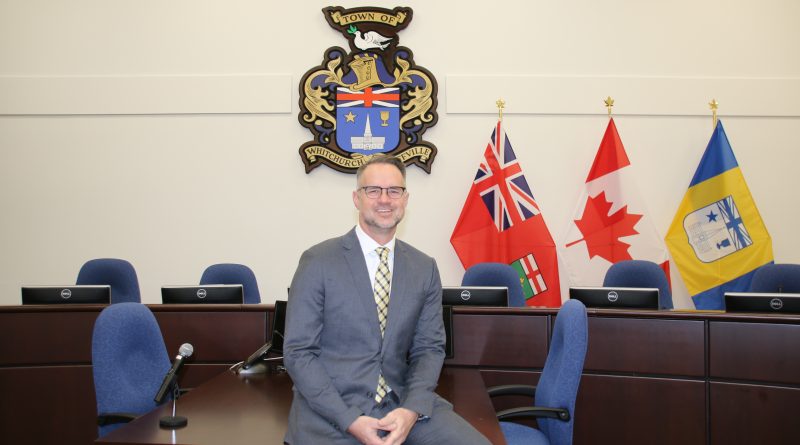 Stouffville Mayor Iain Lovatt is excited about what’s ahead for the town in 2020, and he says a big part of that optimism comes from their ability to come together and put the adversity from the previous council behind them.

Lovatt, who defeated controversial former mayor Justin Altmann in October of 2018, admits he’s happy with how far council has come in the last year.

“We obviously had our challenges previously and one of the things I kind of set out in my agenda early in the new year was going to be – and started with my first 100-day plan – looking at council and director team unity,” said Lovatt, whose election ended a tumultuous council term marred by legal battles and numerous integrity commissioner investigations between Altmann and the town, along with the departures of high-profile staff members.

Helping develop that unity was working on a strategic plan, something he says they didn’t have the previous term.

“It was probably the one thing I can think of where we were all in agreement in that we needed to get it done,” Lovatt said. “The process was a difficult one at times, but we wanted to make sure it certainly pushed through, and we were able to accomplish that.

“We went away for two days and were able to get a strategic plan written and ratified and presented to the public for what the next four years are going to look like.”

Important to Lovatt, and one of his campaign aspirations was focusing on growing the town’s commercial and industrial tax base and changing the tax in-balance between that and their residents.

That meant doing some “really heavy lifting” on creating the conditions for new businesses to come to town and opening lands in the Highway 404 corridor to even a point where that became one of their strategic pillars.

The aim is to expand their tax base through growing a diversified economy and that’s focusing on provincially significant employment zones, updating their economic development strategy and identifying expansion areas for industrial commercial.

Fairly constrained, Lovatt points to how Stouffville has only one proper service employment area and that’s in the community proper, between Highway 48 and Ninth Line.

All he heard was how businesses wanted to locate on Highway 404.

“Our first meeting last December we passed a resolution asking the province to identify the Gormley area as a provincial significant employment zone,” Lovatt said. “Since that time, we’ve had many, many meetings with land owners and developers, with the province, with ministers about the need for us to open these lands.”

They’ve started to have some significant conversations about what it would be like to expand the green belt in certain areas, to remove Oak Ridges Moraine countryside area along the Highway 404 corridor that, Lovatt says, really has no environmentally unique or ecologically sensitive land.

“If there’s a drum that I’ve been beating, that’s been it,” he said.

There’s been a flood of development interest to the point where Lovatt explains they had 39 development applications previous to this and the last term and this year they got 159.

“Given the stability on council and the culture that’s shifting in Town Hall, it’s giving investors and the development community the level of confidence that they lost over the last term and that’s only good news for our community,” he said.

As he looks forward in 2020, Lovatt is seeing a huge interest in senior citizen or retirement homes to the tune of almost 1,600 units. Projects to already have broken ground include the Bloom Retirement Community on Mostar Street by Fieldgate and the Mon Sheong Foundation facility on Sandiford Drive that will include some 320 long-care beds.

“There’s just a great amount of interest in developing for our aging community which is amazing, whether that be long-term care beds, life-lease units or transitional care,” he said. “(A total) of 1590 beds is not enough to deal with the issue we have and the need we have in our community for our seniors. It’s a great start for our community.”

As well in the new year, Lovatt says Housing York Inc. will be coming early in the year with its development application for a project on Main Street that will include 131 units, 30 per cent of which will be at market rent and the balance for subsidized income.

“That’s going to be a much-needed project for our community,” he said.

One project Lovatt is anxious to see take a big step is the proposed $3.8 million Jean-Baptiste Laine Interpretive Centre.

“That’s a legacy project for us,” he said.

With the largest ancestral site of anywhere in North America in Stouffville, the agreement with the Huron-Wendat Community to create an interpretive centre is something that has many on board, including Stouffville council, MP Helena Jaczek and MPP Paul Calandra.

“Our commitment, and we’re working out the details right now with the Huron-Wendat Nation, is to have an agreement in place early in 2020 with all the detail spelled out of who’s responsible for what,” the mayor said. “Once we have that agreement in place, we’re going to go after funding.

“It’s an ambitious project. It’s (nearly) $4 million that we have to raise to do this, but I believe with the Liberal government’s commitment to truth and reconciliation that there is an opportunity there for us.”

There’s also lots of planning projects on tap for the town in 2020, says Lovatt. They’re looking at opening Edward’s Street and the redevelopment of that corridor around the Main St. Go Station. There’s also Main St. reconstruction to be considered.

“I’m hoping we have a detailed plan that we can go to the public with this year,” he said.

They’ve also requested and put in grant applications for funding from the federal government for a number of projects surrounding Memorial Park.

“There’ll be some changes you’ll see happening there, so there’s lots of really good momentum we’re running off this last year,” the mayor said.

For Lovatt, 2019 was a great year. He said people ask him all the time how things are going with council and the town.

“My kind of tongue and cheek response is, ‘I’m still waiting for the honeymoon to end,'” he said, adding a chuckle. “We don’t always agree, but we disagree well and that is very important in any leadership context. Certainly politically.

“There’s a healthy amount of respect for everyone that’s involved in the process – council, staff, constituents – and we’re being covered in the newspapers for the right reasons.”

Lovatt believes working for the town is a great privilege and he doesn’t take lightly that the public has entrusted him to lead well and make the best decisions for the community.

“There’s always going to be people that disagree with the decisions that we make, certainly growth is one of those areas,” he explained. “People don’t want to see change, but change is inevitable and it’s incumbent on us leaders to manage and mitigate the change for the best of our community whether it’s a visioning exercise for land on Highway 48 and Stouffville Road, looking at Gormley as a commercial industrial area, or even how we plan and build out the phase three land in the northeast corner of town. Those three projects alone represent a significant amount of change in our community and it’s all change that we need in order to create tax conditions that are not going to be so residential dependent.”

Photo: Stouffville Mayor Iain Lovatt is happy with this first term and with a united Town Council. He’s excited about all the new projects on tap for 2020.