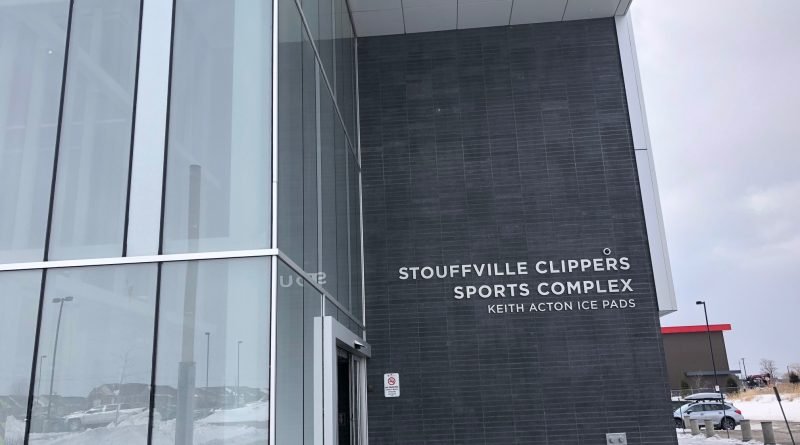 The Year Ender Bender has become a staple of the Stouffville Clippers season.

This April, the minor hockey organization will be hosting its seventh annual tournament for rostered select (RS) teams across the province.

The continued success of such a large-scale event comes from a need for a specific tournament, like the one the Whitchurch Stouffville Minor Hockey Association is hosting.

After a few years of hosting and organizing such a well-run event, many teams now come in from a few hours away in order to compete in the tournament.

“Most of the teams in this tournament are coming from afar, actually,” Sitlani said. “There aren’t as many nearby teams in it. We have teams coming from Napanee to Kincardine.”

In total, 91 teams are set to take to the ice on the first weekend in April, filling up Stouffville’s rinks.

It has also necessitated the need to seek out additional ice, which the Year Ender Bender will do by playing some of its games at Canlan Scarborough, due south on Highway 48.

“We are using some ice (in Scarborough), so we’re using five rinks, counting both pads at the Stouffville Clippers Complex and Stouffville Arena,” Sitlani said.

While there are some teams travelling to Stouffville for the first time, many of the squads involved are repeat customers.

“I think it’s been due to past success with the tournament,” Sitlani said. “We’re the largest rostered select tournament available out there, and so there’s a big demand for people registering for our tournament. We’ve had a lot of teams that have really enjoyed it in the past, and so, as a result, we have a lot of repeat teams.”

The tournament has been all but booked up months in advance, and will feature teams at every age from novice to midget.

As the tournament director, Sitlani has been involved with trying to help incoming teams with everything from travel permits to restaurant suggestions in the area.

“It’s the constant e-mails between teams and managers and coaches,” said Sitlani, who had finished pretty much everything other than the actual scheduling a month ahead of the tournament. “There’s a lot of preparation that goes into it that way. Scheduling and hotels and restaurants and everything of that nature, there are a lot of e-mails that go back and forth, and they’re non-stop.”

With so many teams converging on the Stouffville area beginning on Thursday, April 4, it’s an opportunity to showcase the town and all its has to offer.

“We’re at about 91 teams that come in between all of the age groups, and that brings a lot of people into town and to our restaurants and such,” Sitlani added. “It brings a lot of business to our town, which is great.”

With the tournament set to begin on Thursday night, considerations have been made to allow the teams coming in from farther away to wait until Friday to begin play, saving them a night in a hotel and lots of rush-hour chaos.

“That’s the big thing,” Sitlani said. “We don’t have a lot of local teams, beyond some from Markham and Richmond Hill and Barrie, and because we have to start Thursday night, we’re trying to get our local teams and Stouffville teams playing Thursday night. For the teams that come in from a couple of hours away, we’re trying to push their start back to Friday afternoon, so they don’t have to hurry into Stouffville during rush hour.

“We want to be as accommodating as we can, especially for teams coming from far that have to book hotels,” Sitlani added. “There’s a lot of preparation that goes into it for some of these teams. We want to accommodate them as best we can and we try to be as fair as we can to everybody. We can’t make everything perfect, but we’ll try to as best we can.”

With this being the last, or nearly the end, of most select seasons, the Year Ender Bender is a great way to finish up the hockey year.

“The big thing about this tournament for a lot of teams is that it’s a year-end, fun tournament,” Sitlani said. “The season’s done for most of the teams, and it’s all about fun. It’s one last tournament before summer and that’s a big plus with this tournament.”

Stephen Sweet photo – Both pads at the Stouffville Clippers Complex will play host to the Year Ender Bender tournament over the first weekend in April.