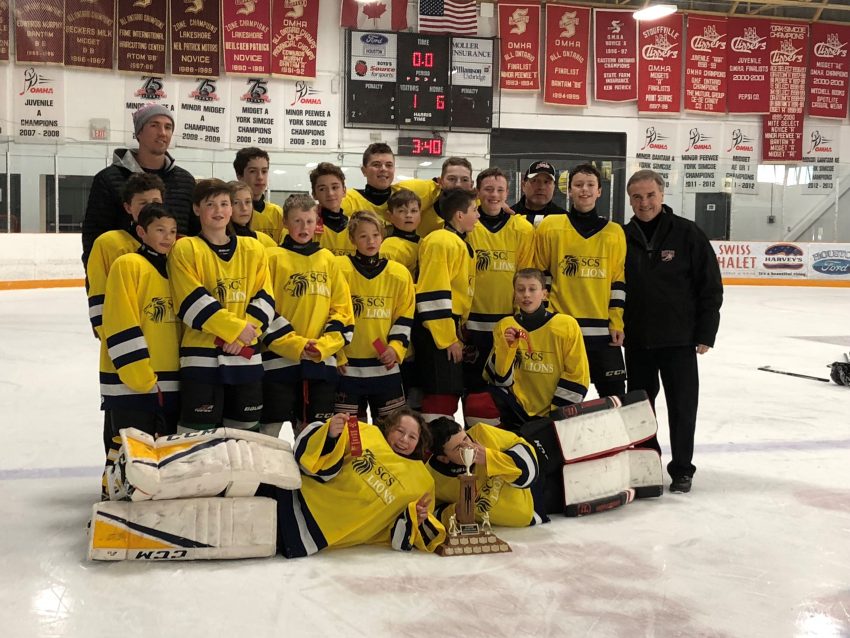 Eight teams, from multiple Christian schools across the GTA, participated in the event, held at Stouffville Arena. Skill levels ranged from house league to triple-A players.

“This is a fun tournament where Christian schools come together for a day of competition and fun,” said Don Roe, Stouffville Christian head coach. “Everyone practices good sportsmanship and works very hard, but at the end of the tournament everyone had fun and built a box full of great memories.”

Roe has been involved with the Stouffville Christian hockey team for the past eight years and currently coaches the senior team.

After a long day of shooting pucks and blocking shots, Stouffville and Trinity Christian School advanced to the final to battle for the tournament championship. Stouffville won the lopsided contest, 6-1. Notably, not only did the home team win all five of their games, but this is also their third year in a row winning the tournament.

The next tournament for the Stouffville Christian hockey team will be at the Founders Cup on Feb. 1.