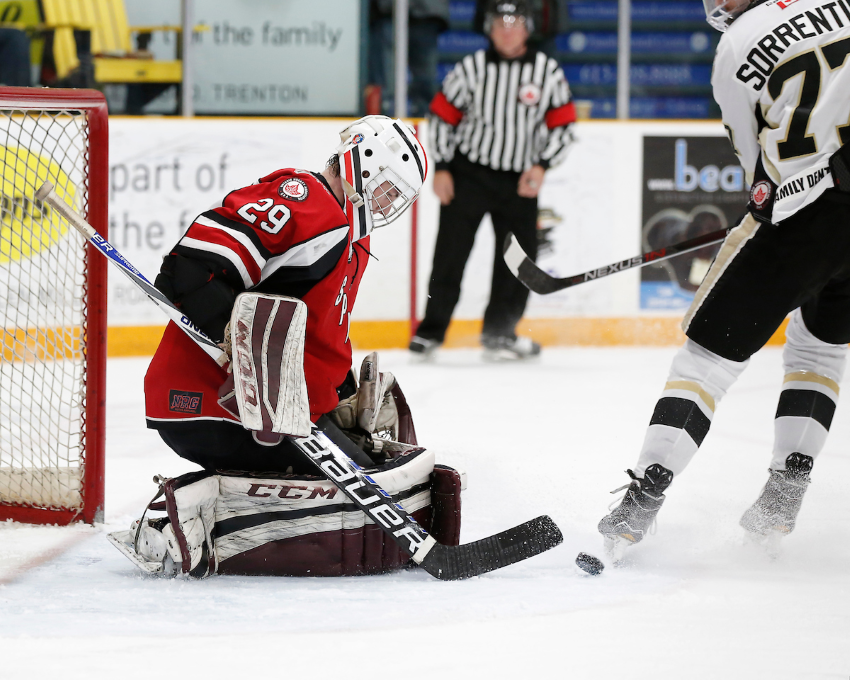 This week the Ontario Hockey Association (OHA) will be announcing the 2016-17 OHA Awards recipients and recently announced the OHA 2016-17 Top Prospects as selected by the OHA Awards Committee.

Jones also participated in 2016 Eastern Canada Cup All-Star Challenge for Team OJHL Hawerchuk and was named an OJHL 2nd Team All Prospect. Jones officially committed to the OHL’s Peterborough Petes and will be eligible for the NHL Entry Draft in 2019.

The remaining 2016-17 OHA Awards will be announced this week and recipients will formally receive their awards at the Hockey Hall of Fame on May 26.