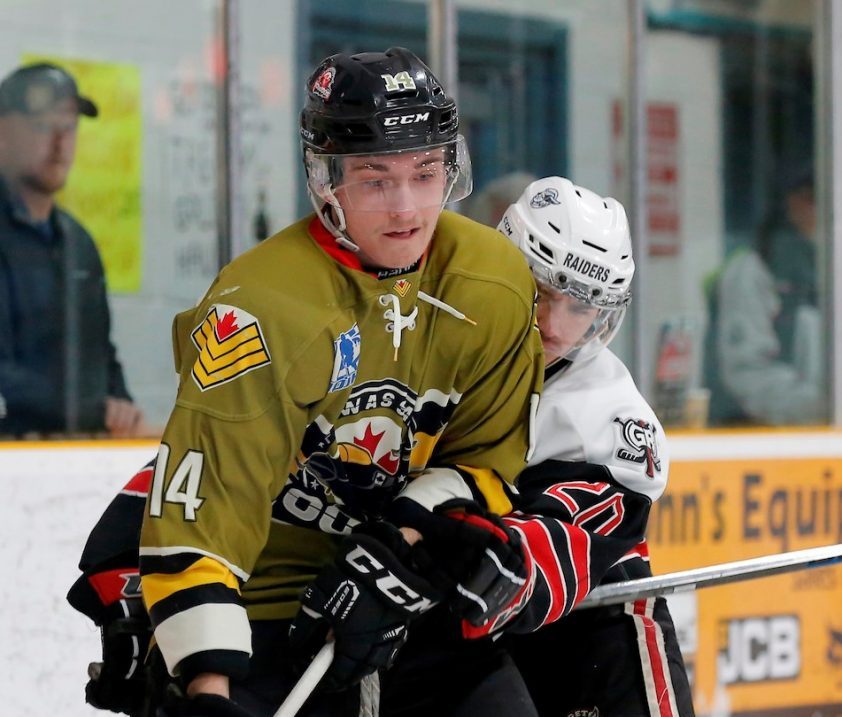 The Stouffville Spirit drop the puck on their 2017-2018 Ontario Junior Hockey League season at the Stouffville Arena Saturday, September 9 at 7:30pm against the Whitby Fury.

The Spirit home schedule is dominated by Saturday night games again this season. Stouffville will face their rival, Markham Royals four times, along with Aurora and Newmarket five times. There are three-holiday matinees on Thanksgiving (Oct. 9), New Year’s Eve (Oct. 31) and Family Day (Feb. 19). The Spirit plays five straight road games in September, including a pair at the OJHL showcase in Buffalo (Sept. 19 and 21), and seven away from home in a row in December.

Kyle Challis and Quintin Wheeler, two of the latest memebers to join the Spirit, played minor hockey in the York Simcoe Express AAA organization prior to playing in the Northern Ontaro Junior Hockey League. These two 18-year-old players should bring a welcomed spark to the Spirit.

For more information on the Stouffville Spirit tinyurl.com/SpiritHockey.

Photo: Kyle Challis battles for the puck during Game 5 of The Dudley Hewitt Cup. (Photo by Amy Deroche / OJHL Images)