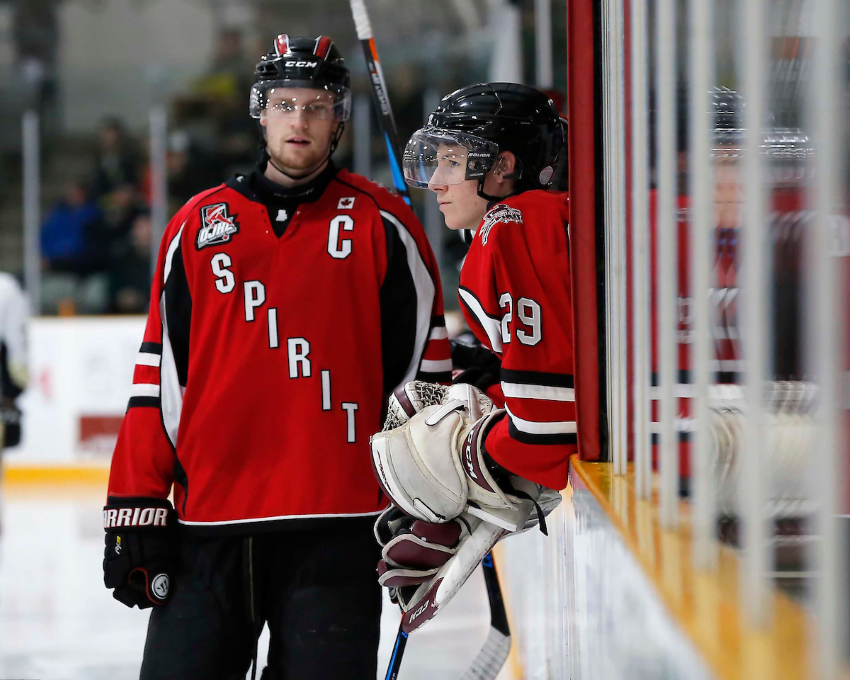 The Stouffville Spirit’s season has come to an end after being swept by the Trenton Golden Hawks in the second round of the OJHL playoffs.

There was no question that the conference semi-final series would be a difficult one for the Spirit against a Trenton team with a potent offence that finished 1st in the North East conference and ranked 6th in the Canadian Junior Hockey League Top 20.

The Golden Hawks took game one fairly easily overwhelming the Spirit with 41 shots and winning 4-0. The offensive explosion continued in game two and three as Trenton blew by Stouffville with a 5-1 and 7-0 win to take a stranglehold of the season. In a must-win game for the Spirit at home, Stouffville fell behind 3-0 in the first period with three goals in fifty-one seconds which Stouffville would never recover from.

Despite a disappointing showing in the second round of the OJHL playoffs, the Spirit’s season was a success. Stouffville improved on points with 62 compared to 54 from the previous season. The Spirit also missed the playoffs last year and it was the first time since 2011-2012 that Stouffville had made it past the first round of the playoffs.