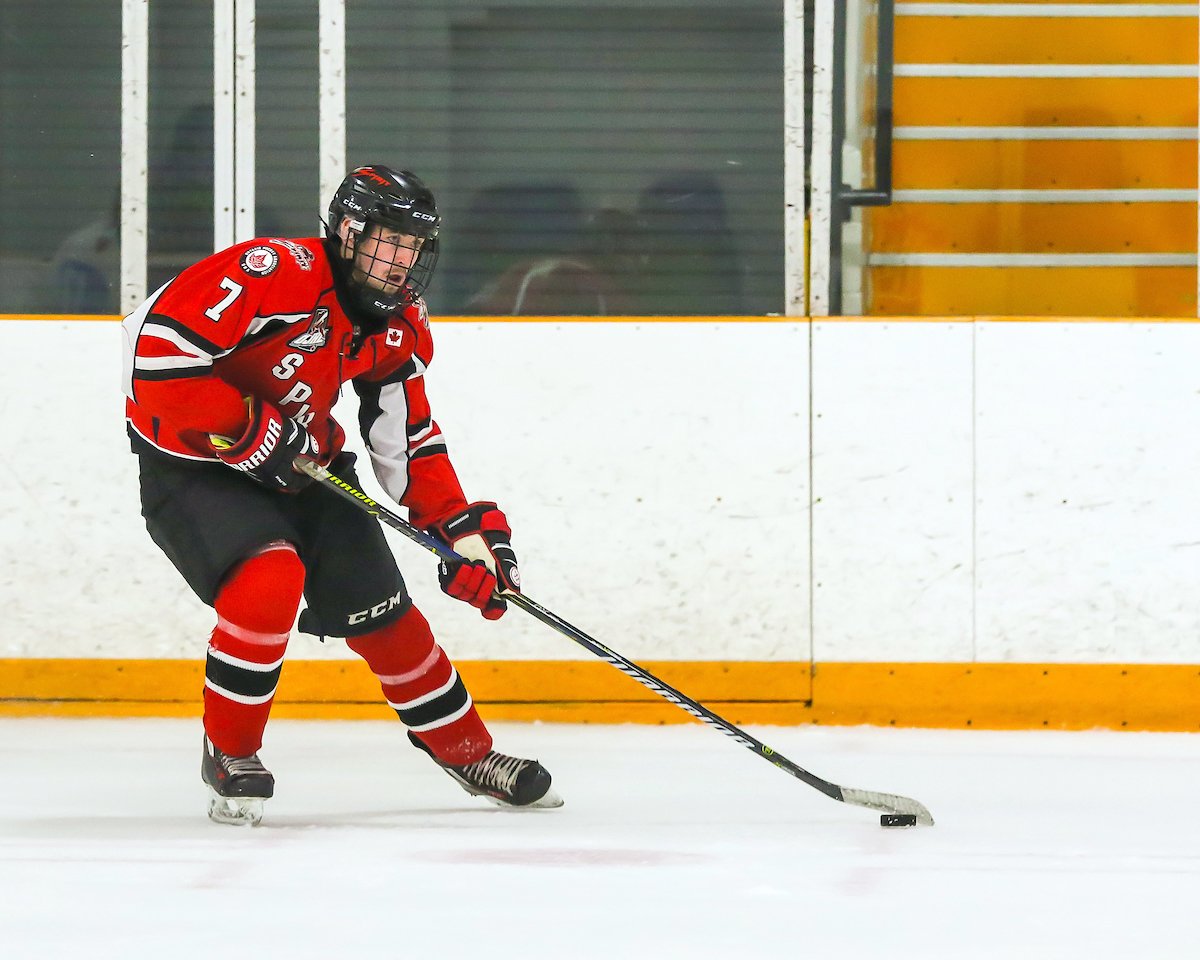 The Stouffville Spirit will see

some tough competition in the weeks ahead, as they head out for an extended

How about “Throughout December, the

such as Whitby, Newmarket, Trenton and Mississauga. The team returns to the

How about “Currently, the fifth-place Spirit are

fighting for a playoff spot in the North division.

Forward Andrew Hughes has been the offensive leader so far this season while goaltender Nathan Torchia is among the league’s leaders in keeping the puck out of the net.