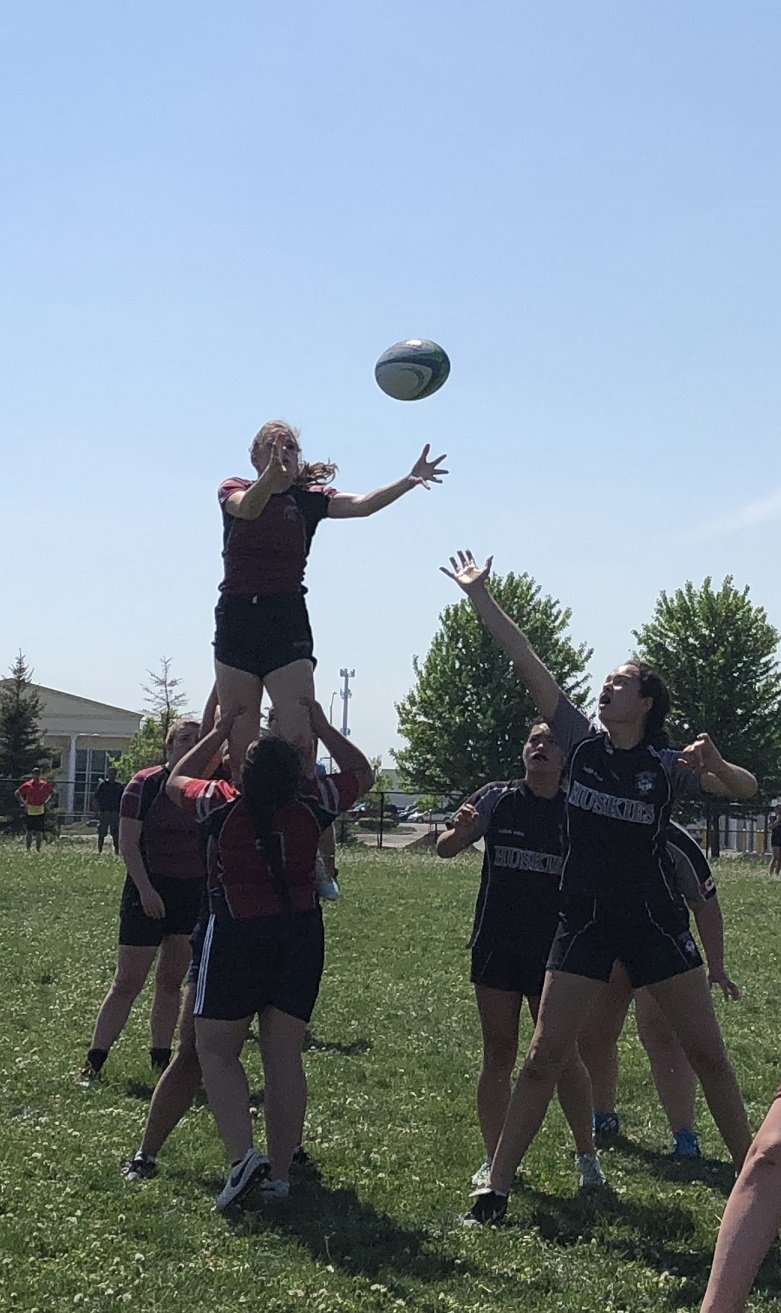 The Stouffville Spartans bookended their season nicely. Highlights for the senior girls rugby team included a fantastic start and a strong finish.

After a perfect regular season, the Spartans went to the provincial championship, going 1-2 in the process, but they worked together to win their final contest of the year against Colborne’s Lakeshore Catholic High School.

“Our communication and working as a team is great,” said Spartans captain Denise Laghayi. “Some teams play individually and you can’t do that, especially in rugby. There are forwards and backs and you have to work together. Without that collaboration, you’re not going to be there for each other. In rugby, you consistently have to be with your teammates and support, support, support.”

They showed up in droves to train all season long, despite the early start times.

“We have practices every morning at 7 a.m. and they’re all there,” said Spartans coach Jim Monk. “There’s a lot of positive feedback that I get, so it’s a really good group that I like working with and am willing to give up my time to do so.”

Monk, a community coach, doesn’t have a daughter on the team, but he stayed on to coach because he was impressed by the interest and the character of the players.

Stouffville looked to be nearly unstoppable during its Tier One regular season, going undefeated and then beating St. Theresa of Lisieux in the semifinals to clinch a berth to triple-A OFSAA. But when the Spartans came up against J.M. Denison in the York Region Athletic Association (YRAA) finals, they surrendered 26 points in the second half to lose the championship on home soil.

“We had a couple of injuries that affected our team chemistry a little bit,” Monk said. “We’re not a big team and have never seemed to be bigger than our opponents, so our game is to move the ball wide and we had trouble with that. There were a few dropped passes and mental mistakes. For the most part, we played a pretty good game. They just did what they do well a little better than what we do well.”

For Laghayi, a Grade 12 student, there was little she could do to affect the outcome, being forced to the sidelines in the first half with a suspected injury.

“I’m a little disappointed not in my team, but myself,” Laghayi said. “I’ve got a bit of a history with head injuries and I got hit in my temple. It started hurting because of past injuries, so protocol is go off and go to the sidelines. It just sucks, because as a senior, you want to play in the YRAA finals, because it’s your last YRAA finals, so it’s a little devastating.”

Despite the loss, Stouffville came into OFSAA at Mississauga as the 12th seed. They were relegated to the consolation side after a 19-0 loss to Glebe of Ottawa and, then, eliminated from medal play following an 18-5 defeat to Arva’s Medway.

With one final matchup, a friendly match against Lakeshore, the Spartans turned things around quickly, scoring four tries en route to a 22-10 victory.

“We’re pretty fast and have good ball movement, so we just want to keep it away from their bigger players,” Monk said. “That’s the style that we play.”

It was a solid finish to a strong season for the Spartans and, for graduating players like Laghayi, it was much more of the kind of sendoff they’d been hoping for.

“(My teammates) are like my family,” Laghayi said. “I’ve been playing rugby since Grade 9 and rugby has made me enjoy high school more. A lot of my friends who aren’t involved in school sports, they go to high school and a lot of them say they hate it or want to leave. I don’t want to leave. These girls are my family. I’ve built such a strong relationship with every one of these girls, from Grade 9 to 12. There’s a lot of chemistry there and I love them.”