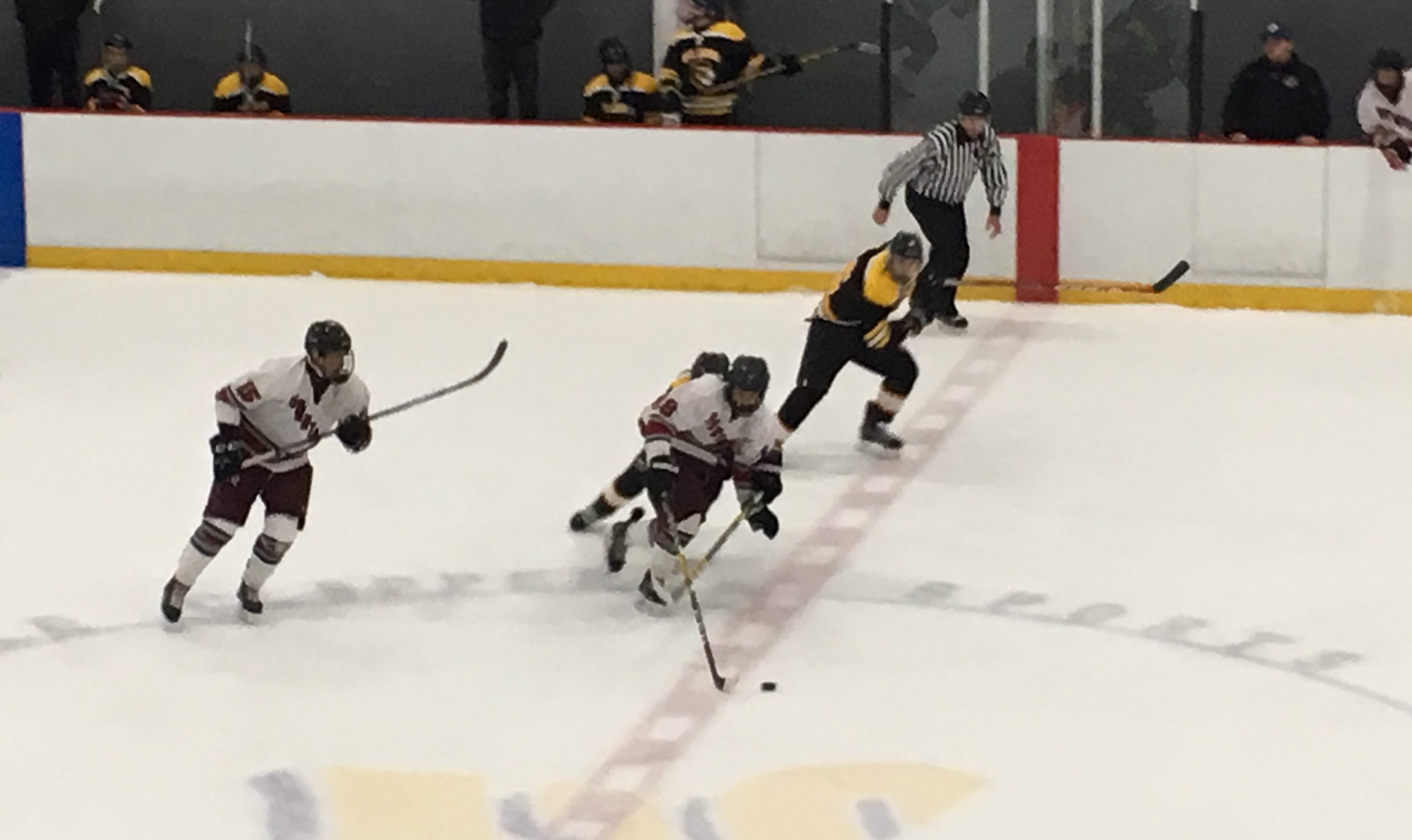 The Stouffville Spartans can play with anyone. That’s the feeling the high school boys hockey team carries whenever it steps out onto the ice. Although, the actual results this season have been mixed.

“We’ve been hot and cold all year,” said Spartans head coach Jamie Hewitt. “We had a really good November, we had a dip in December where we didn’t play as well as we could, and then we started out the new year in really good fashion. We’re hoping to go on an upswing from here on in.”

The Spartans started off 2018 on the right foot, defeating the first place St. Theresa of Lisieux Lions in a 5-3, come-from-behind victory.

“I liked how we played our systems and how disciplined we were,” said Hewitt, following Stouffville’s first game after the winter break. “We played them in a tournament and lost 1-0 to them. They’re first place in the league, and we’ve been hot and cold.

“I told our guys that their power play was outstanding and they ran the trap at the end of the game to perfection,” he added. “That was the best part of the game for me.”

It’s no surprise that when the Spartans play a technically sound game, they typically find success.

It took a while to get rolling in Stouffville’s first post-break game, as they trailed the Lions 2-0 until Spencer Krabi, who had four points on that afternoon, scored his first of the contest.

“It was my first game back from injury, so I wanted to get back into the game,” said Krabi, who cut across the high slot before rifling a top-shelf marker. “I felt good out there.”

Sure enough, Krabi’s goal would get things going, and the Spartans picked up their first of two power-play goals just 30 seconds later to even up the game.

“We switched the lines up a little bit, trying some new things, and they got adjusted to each other,” Hewitt said. “When we got the second power-play goal to tie things up, we were really rolling after that.”

After the Spartans picked up their first lead of the game in the third period, Krabi potted an empty-net goal to seal the deal, for the Spartan win.

“We’re right there,” Hewitt said of the league standings. “I’ve been convening in York Region for 18 years and been at Stouffville for 19 years, and I’ve never seen such parity from top to bottom. Every team has a chance to make the playoffs. We could jump two teams with one win. That’s how tight it is.”

The victory all but secured a post-season berth for the Spartans, who will now be trying to make sure they get a round or two in Stouffville.

“At this point, we’re middle of the pack,” Krabi said. “We’re going to try to win all of our games the rest of the way to get home ice (advantage) in the playoffs.”

In the photo, Jacob Rintjema carries the puck up the ice in recent Spartans action.