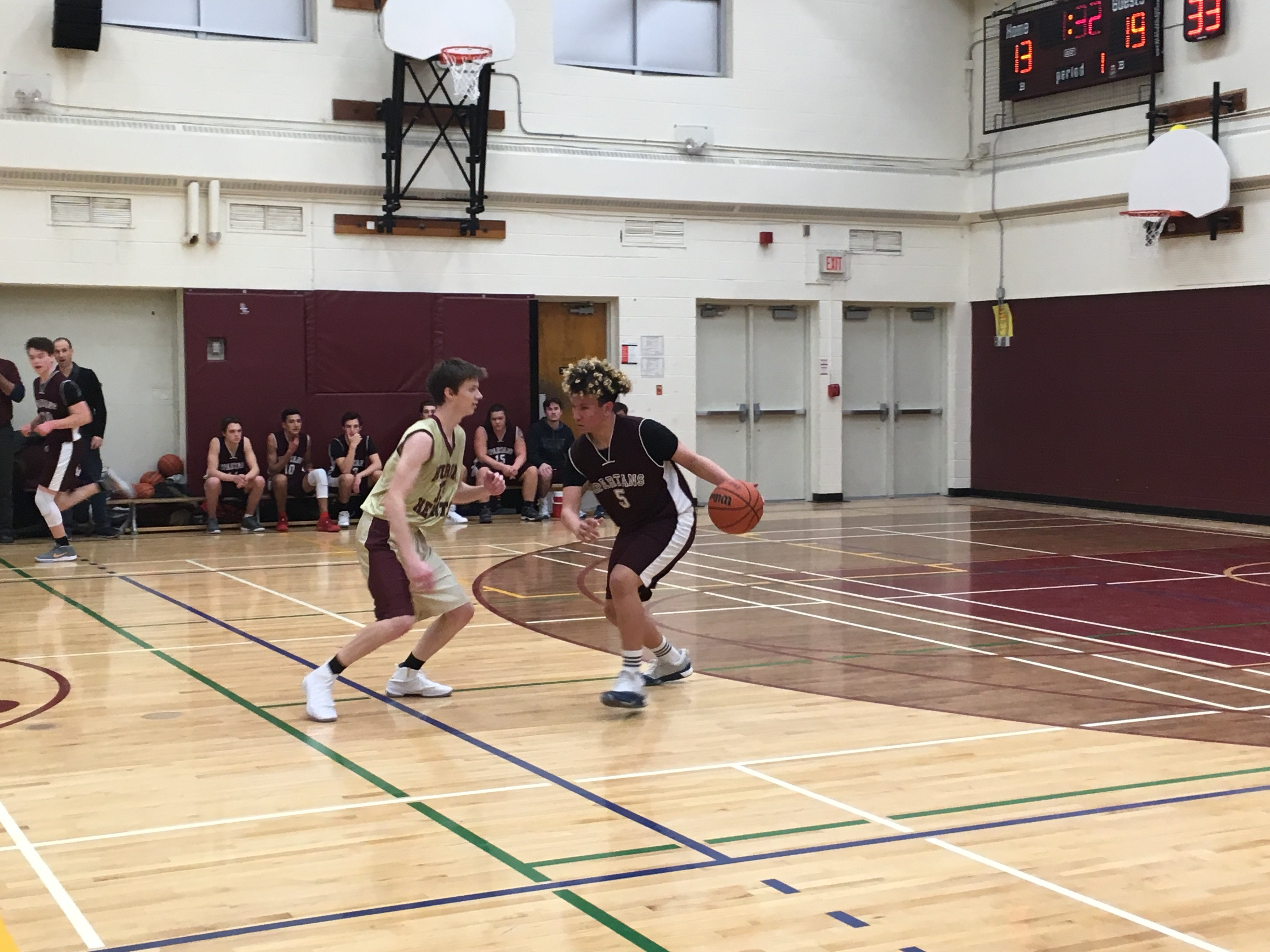 The Stouffville Spartans have a lot to look forward to. Although the senior boys team lost in the first round of the playoffs, there’s plenty of positivity for the group.

The young squad finished their season with a 4-4 record before falling to the Huron Heights Warriors 73-67 in round one of the playoffs.

“They just wanted it more toward the end,” said Stouffville’s Travis Nolf. “We both tried, we both worked hard, but at the end of the day, they just came out wanting to win.”

There was plenty to like for the Spartans, even in defeat, as they had a 14-point lead at one stage in the game, thanks to their ability to work the basketball around the hardwood.

“We had outstanding ball movement (in our playoff game),” said Stouffville coach Jack Hammond. “Our team gelled in a way that we knew they could do.”

Hammond has been impressed by the group of young men he’s had to work with this year.

“This is one of the finest groups of boys I have had to coach in my career,” Hammond said. “They had an outstanding attitude and were willing to work as hard as they can to become the best that they can and it’s just a phenomenal group of kids. I saw growth from every single player and we played everyone on our bench (in our playoff game).”

This season, Stouffville competed in Tier 3, as, beyond Nolf, who plays outside of school for the Markham Gators, the team was young and inexperienced.

“We had a lot of kids without rep or organized ball experience, so our learning curve was high,” Hammond said. “We benefited from absolutely outstanding leadership from our kids. Nevin Vohl, our captain, is the best captain I’ve ever had, bar none. His attitude has been spectacular. He’s been encouraging, setting a great example, and he’s in Grade 11. So that level of leadership spread through the team like a virus and that attitude brought everybody up. We’ve got a couple of kids coming into their own physically and with mental toughness.”

One of the team’s best weapons was Nolf, who brought the ball up the floor and consistently found options available.

“I try to get the ball moving a lot,” Nolf said. “I try to contribute any way I can, on defence, offence, anything that will help us win.”

He’s found his teammates have significantly improved from November to now.

“At the beginning of the season, we had a new set of guys coming in and we weren’t nearly as good as we are now,” Nolf said. “We got conditioned, bonded as a team and got our team chemistry going and, overall, we got better with all of our skills thanks to some really good coaches.”

One of them, community coach Dereck Hoppler, will be working with the players in the off-season in an attempt to continue to build their game.

“We’ve been blessed this year by Dereck,” Hammond said. “In terms of the development, these extraordinary kids can work with Dereck in the off-season and this gives Stouffville kids an opportunity that has just not existed before. They can go other places, but to work in a controlled environment here is excellent.”

With a young group steadily on the rise and with experience under their belts, Nolf expects much bigger things from the Spartans in the 2018-19 season.

One thought on “Spartans finish with heads held high”