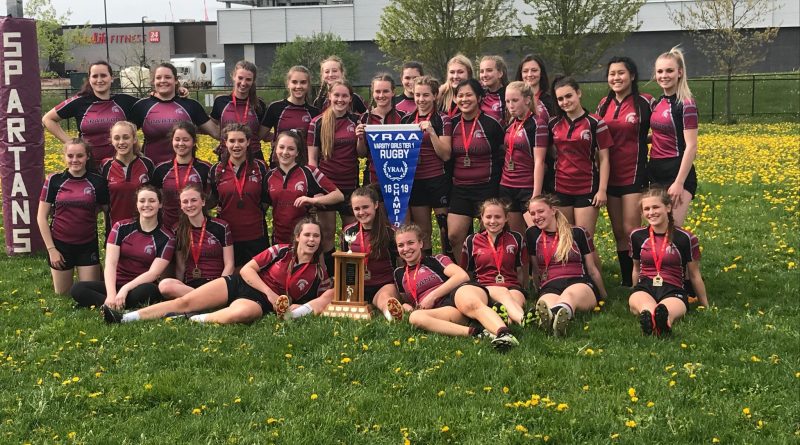 It was an impressive run for the Stouffville Spartans against the province’s best teams.

The senior girls rugby team qualified for and competed at OFSAA (Ontario Federation of School Athletic Associations) this week at the ‘AAA’ championships, which were held in Courtice.

For its efforts, the Spartans were given the fourth seed of the 16 squads at OFSAA.

Stouffville began with a squeaker on Monday over Lindsay’s I.E. Weldon, heading into the championship bracket.

That run was short-lived as the Spartans fell 31-15 to Mayfield, a Caledon school, on Tuesday morning.

Needing a victory to stay in the tournament, Stouffville came out strong that afternoon, knocking off Northern Secondary of Toronto by a 15-5 count to advance to the consolation semifinals.

Unfortunately, the Spartans ran out of gas Wednesday morning, dropping a 40-5 decision to the Nantyr Shores Tritons of Innisfil.

Stouffville finished its run at OFSAA with a 2-2 record.