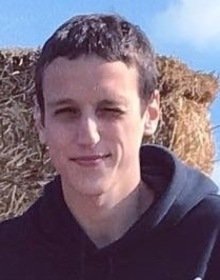 A second man has been arrested and charged with second-degree murder in connection with the shooting death of Alex Perlmutter, 22, in March.

The victim’s body was found on March 27 shortly after 3 p.m. in the parking lot of the Churchill Community Church on Ninth Line just north of Aurora Road in Whitchurch-Stouffville. Police believe the Sunderland resident and new father was shot in a parking lot at Queensville Side Road and Hwy. 48 and driven to the location where his body was discovered by a passerby.

Levi Alexander, 23, of Toronto, was arrested and charged with second-degree murder on May 1. He’s also scheduled to appear in court on July 19. Police are still looking for a third suspect, described as a black male wearing a large chain.

Anyone with information about the investigation or information on the outstanding suspect should contact the Homicide Unit at 1-866-876-5423, ext. 7865 or [email protected] Or, call Crime Stoppers at 1-800-222-TIPS or leave an anonymous tip online at www.1800222tips.com.