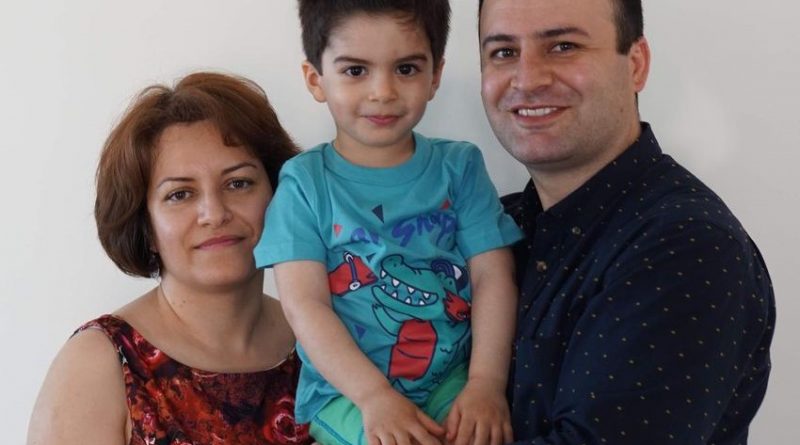 A woman remembered for her love of family is among the victims of Ukraine International Airlines Flight 752, which was mistakenly shot down on the outskirts of Tehran on Wednesday, Jan. 8 en route to Kyiv, where many of the passengers were making connections to Toronto.

Baharek Karami, a technologist at York Region since 2018, was a passenger on the flight, which was hit by a missile and tragically killed all 176 passengers and nine crew members – including 53 Canadians – shortly after it took off.

“Bahareh’s colleagues speak very highly of her. She is being remembered for her love of family, a dedicated and strong work ethic, and great sense of enthusiasm,” says York Region Chief Administrator Officer Bruce Macgregor.

Karami worked in the capital planning and delivery branch within environmental services. Her immediate family lives in Tehran.

Stouffville three-year-old Jiwan Rahimi and his parents, Dr. Razgar Rahimi and Farideh Gholami, were among the many passengers who died.

“It is with great sadness that the Town has learned that Stouffville residents, Dr. Razgar Rahimi, a sessional instructor with the Faculty of Engineering and Applied Science at Ontario Tech, along with his wife, Farideh Gholami, and their three-year-old son Jiwan died on Ukraine International Airlines flight PS752”, Mayor Iain Lovatt said.

“Our hearts are broken for their extended family and their friends in Stouffville and we offer our sincere condolences.”

Markham resident Asgar Dhirani, a respected tour leader for religious pilgrimages in Iraq, Iran and Syria was also killed. His wife, Razia, had been on the same trip but landed safely on another flight home.

Richmond Hill realtor Suzan Golbabapour, and Richmond Hill dentist Dr. Parisa Eghbalian and her nine-year-old daughter, Reera Esmaeilion, were also among victims. Richmond Hill optometrist Neda Sadighi was also killed. She began her career as a family physician in Tehran and eventually relocated to Canada to complete an international optometry bridging program and begin her new journey as an optometrist.

Arad Zarei, 18, a student at Richmond Green Secondary School in Richmond Hill, was also among those killed. He had been in Iran to visit his mother. The York Region District School Board confirmed that more than one of its students were among those killed.

The board’s focus is on supporting students and their families affected by the tragedy.

“Sadly, we are aware that our region and schools have been directly affected by this sudden and tragic loss of life,” Chair Juanita Nathan and Director of Education Louise Sirisko said in a statement. “This is a global tragedy affecting us locally, and we join our families and communities in grieving.”

Photo: Stouffville three-year-old Jiwan Rahimi and his parents, Dr. Razgar Rahimi and Farideh Gholami, were among the many passengers who died in the flight PS752 tragedy in Iran.