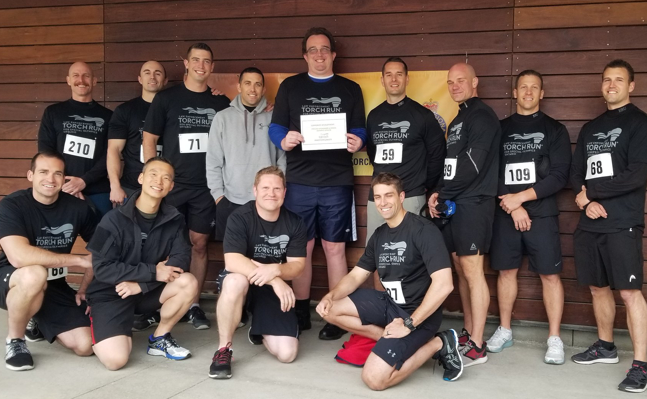 More than 200 runners laced up to take part in the 12th Annual Race for Plunkett in support of Special Olympics Ontario.

York Regional Police hosted the 5km walk/run and 10km run in honour of fallen Det. Const. Rob Plunkett on Wednesday, May 22 at the Riverwalk Commons in Newmarket. Known formerly as the Rob Plunkett Memorial Torch Run for Special Olympics, the event raised more than $25,000.

Participants were invited to meet Special Olympic athletes at the Law Enforcement Torch Run event, which raises awareness and funds for Special Olympics. The non-profit organization provides sports and training programs for more than 26,000 children, youth and adults with an intellectual disability across the province.

Plunkett was crushed by a car and dragged during a traffic stop in Aug. 2007 as part of an investigation into air-bag thefts. He was in his 44th year and had served as chair of the 2000 Special Olympic Spring Games in York Region. He was survived by his wife, Sonja, and children Amanda, Jeff and Matthew. Jeff was killed in a crash in Springwater in June 2017 at age 26.