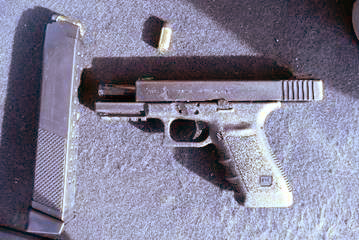 Two men, one armed with a loaded Glock handgun and the other armed with a Ruger handgun, face 32 charges after police stopped a vehicle operated by a suspect known to possess firearms.

Members of the York Regional Police High Risk Offender Unit and Emergency Response Unit stopped the vehicle on Thursday, Jan. 9 in Georgina as part of an investigation into bail condition violations.

The suspect was arrested for breaching his conditions and was carrying a stolen, fully-loaded .45-calibre Glock handgun, police report. The passenger was carrying a loaded .40-calibre Ruger handgun. Officers found a large quantity of cocaine with an estimated street value of $7,000 in the vehicle.

Rahul Sahota, 19, of no fixed address, and Praveen Prashanthan, 20, of Toronto, face numerous charges, including three counts of fail to comply with conditions of recognizance, carrying a concealed weapon, possession of a prohibited firearm with ammunition, dangerous operation of a motor vehicle and four counts of possession for the purpose of trafficking.