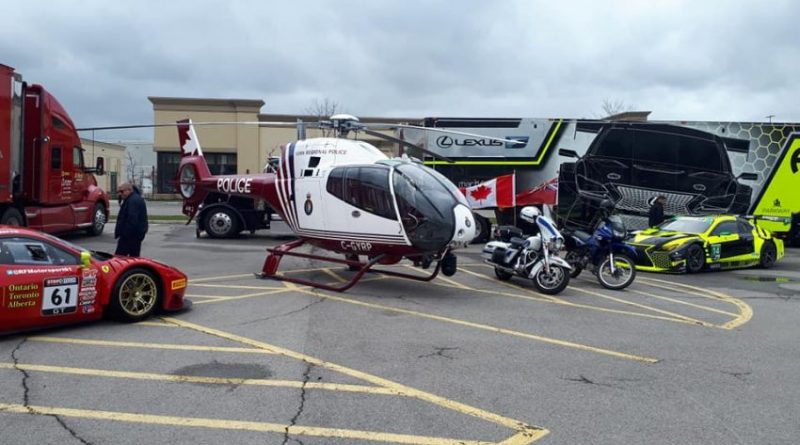 If you race, the street is not the place. That’s the message the York Regional Police (YRP) Road Safety Bureau delivered at the May 10 launch of Project ERASE (Eliminate Racing Activity on Streets Everywhere) in Vaughan.

“Excessive speed has consistently been a contributing factor in many fatal collisions that have occurred on York Region roads,” YRP says. “Street racers put themselves and unsuspecting road users at risk of death or serious injury when they choose to disobey traffic laws and drive without due care and control and with a disregard for public safety.”

YRP teamed up with the Air Support Unit, law enforcement partners from across the Greater Toronto Area, including the Ontario Provincial Police, the Ministry of Transportation and the Ministry of Environment to let drivers know street racing and stunt driving won’t be tolerated.

It’s the time of year when drivers in modified cars emerge from hibernation and hit the streets, with some believing they can use the roads as raceways, YRP warns. Its helicopter, Air2, is among the tools police will use this summer to nab vehicles preparing to race, vehicles travelling at excessive rates of speed and vehicles that fall short of safety standards.

“Aggressive driving and street racing are dangerous, unlawful activities which put innocent people at risk of injury or death,” YRP says. “The real finish line for these drivers may be court, fines, jail, vehicle seizure, a loss of driving privileges or even worse, the hospital or the morgue.”

Project ERASE was born from the collaborative efforts of three cops from YRP, Peel Regional Police and the OPP in 1996. Call 9-1-1 if you see dangerous driving that could cause personal injury or loss of life. Try to note the vehicle’s location, direction of travel, make, model, licence plate number and driver’s description.

Photo: Officers from police services across Ontario kicked off Project ERASE at Vaughan Mills Mall on May 10. The York Regional Police helicopter, Air2, is among the tools that will be used to nab street racers. Photo courtesy of YRP.