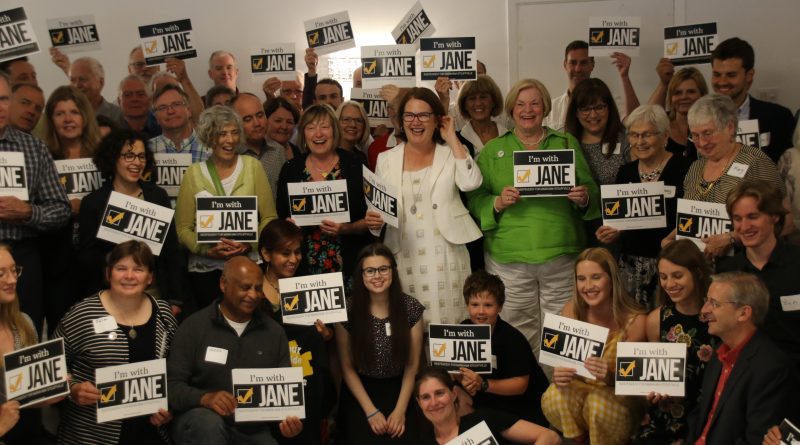 With an emotional and personal address to the 150 plus paid supporters at her campaign launch fundraiser, Markham Stouffville MP Jane Philpott gave notice that she is not about to go quietly into the political wilderness. The former head of the Treasury Board, Ministry of Health and Indigenous Services, clearly still stinging from the unceremonious dismissal from the Liberal Party, vowed to do things differently than old party ways and shake things up a bit.

“I never expected to be in the position I’m in right now,” Philpott said, referencing her independent status. “We are going to show how big our brave is…and let the words come out honestly.” She was clear that there were times she thought about walking away from politics, and joked she might be able to get a job back at Markham Stouffville Hospital. But she said the other side of that is that she felt she couldn’t walk away from the place where she received injustice because it wouldn’t help change the situation for the next person who ends up that place.  With that thought, she re-enforced her determination to make positive changes in Ottawa.

She was clear that the thousands of messages she received after she was booted from the Liberals played a role in her determination to forge ahead as an independent.

She added, “people were saying that ‘we didn’t elect you to serve your party, we elected you to be loyal to the truth, to be loyal to our country and the ideals of our country. We want options, and it doesn’t have to be any particular party. Our country has serious challenges, and we need serious politicians that will work together to solve those problems.’”

In response to political pundits that give her a slim chance to win, and even if she does, expect her to disappear into obscurity, she defiantly cautioned, “I don’t do obscurity well”. While some pundits have been sharp in their assessment of her chances in the fall, others have not been so dismissive.  Many still believe enough voters may come to her as a safe and effective MP and help her come up the middle between the two parties that have traditionally carved up the riding at various elections. The stars are aligned in her favour as the Conservatives nominated someone without any name recognition and the Liberals are without a candidate as several candidates, including former MPP Helena Jaczek, choose not to go against Philpott.

Whether that will happen or not will be decided October 21, the federal voting day. But for now, with coffers beginning to swell with cash donated from independent believers, it’s full forward in the Philpott camp with a new Stouffville Main St. office opening up now until election day.

Photo: MP Jane Philpott with her many volunteers at her launch party.