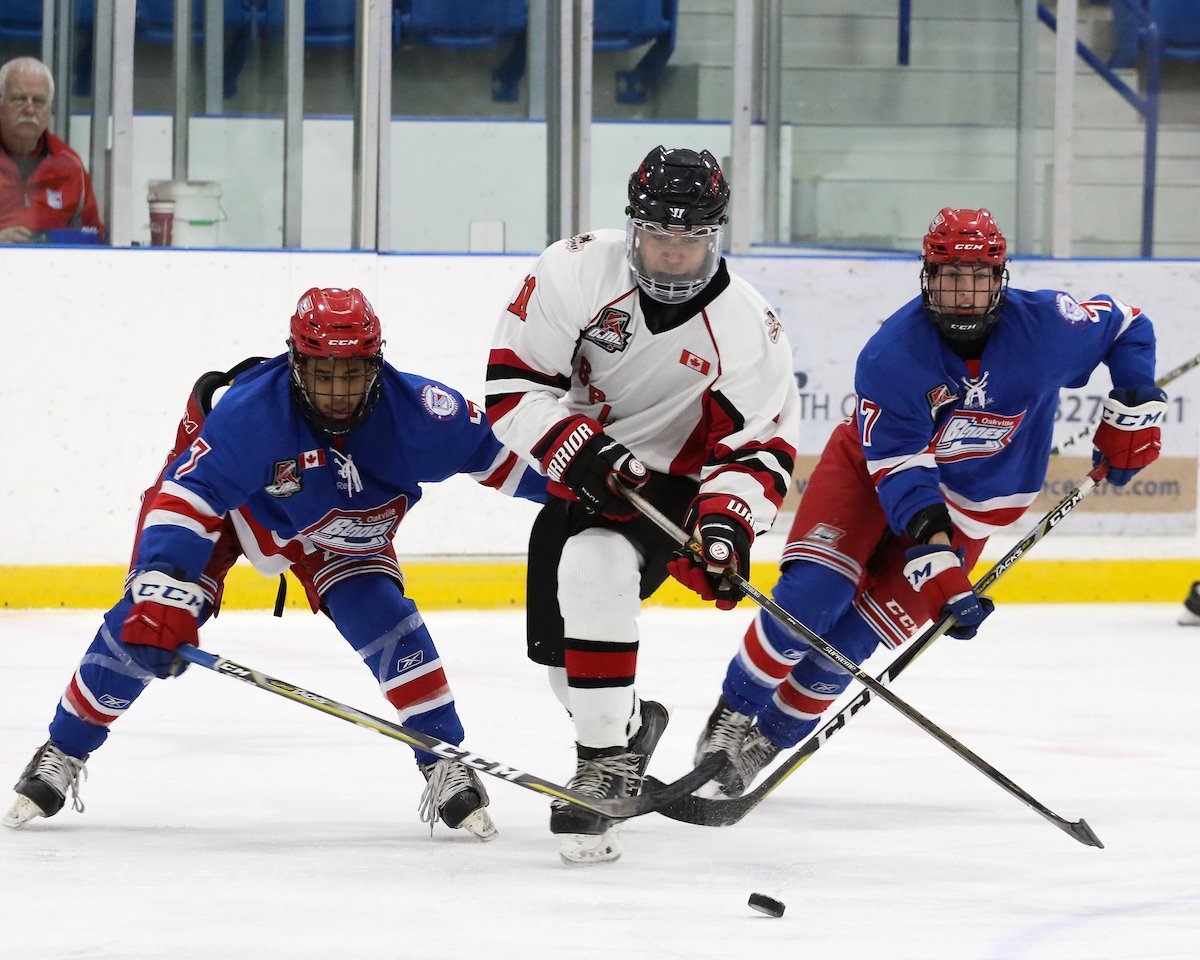 Going from minor midget to junior hockey is a big jump for anyone. Asking a defenceman to do it is a major leap but Isaak Phillips has not only landed on his feet, he’s continuing to move forward.

The Stouffville Spirit rookie blueliner has been one of the bright spots for the developing squad this season.

“It’s been a great experience so far,” Phillips said. “Obviously, the first couple of games were an adjustment to the stronger players and the pace of the game, but I think I’ve developed well, and after the first 10 games, I feel like I’ve figured out my game and can continue to grow from there.”

Phillips, a Barrie native, is one of a trio of 2001-born players that have been full-time players on the Spirit roster, alongside fellow Sudbury Wolves draft pick Kosta Manikis and Stouffville native Ashton Reesor, whose Ontario Hockey League (OHL) rights belong to the Sarnia Sting. All have been getting plenty of chances this season to make their mark as 16-year-old rookies.

“I like the way the coaching staff is giving everyone a shot,” Phillips said. “Getting power play and penalty kill time, it’s great for development.”

The extra work has started to pay off, as, by November, Phillips began to look more like a seasoned veteran.

“I’ve (learned) to just use your feet to get out of pressure and to really try to communicate with your team,” Phillips said. “Obviously, guys are coming at you faster on the forecheck. Communication just frees up everyone and you’re able to make better passes.”

Mobility, as well as the ability to move the puck well were some of the biggest things that attracted the Wolves to Phillips, who was taken in the fourth round (80th overall) from the Barrie Colts minor midget triple-A team. He’s adjusted well enough in the Ontario Junior ‘A’ Hockey League to keep those key attributes a major selling point in his game.

While the Spirit are currently sitting outside of a playoff spot, Phillips has really enjoyed his time playing in Stouffville so far.

“Playing at the junior level has been great,” Phillips said. “Everyone, including the owner and coaches, have been so good. We’re not doing as well as we’d hoped to, but we’re a really young team and everyone’s working hard, so it’s been a great experience. A lot of us are in the same situation, trying to fight for opportunities either in the OHL or the NCAA (National Collegiate Athletic Association in the U.S.).”

Sudbury general manager Rob Papineau has come out to see Phillips a few times and he’s been happy with the young defenceman’s development. And as much as Phillips has enjoyed playing for Stouffville, his hope for next season is to make the Wolves.

“Yeah, for sure,” Phillips said. “It’s my primary goal, to keep developing and show that I can earn a spot next year.”

In the photo, Isaak Phillips of the Stouffville Spirit battles for the puck in between a pair of Oakville Blades in recent action. Photo courtesy of Spencer Smye of OJHL Images.