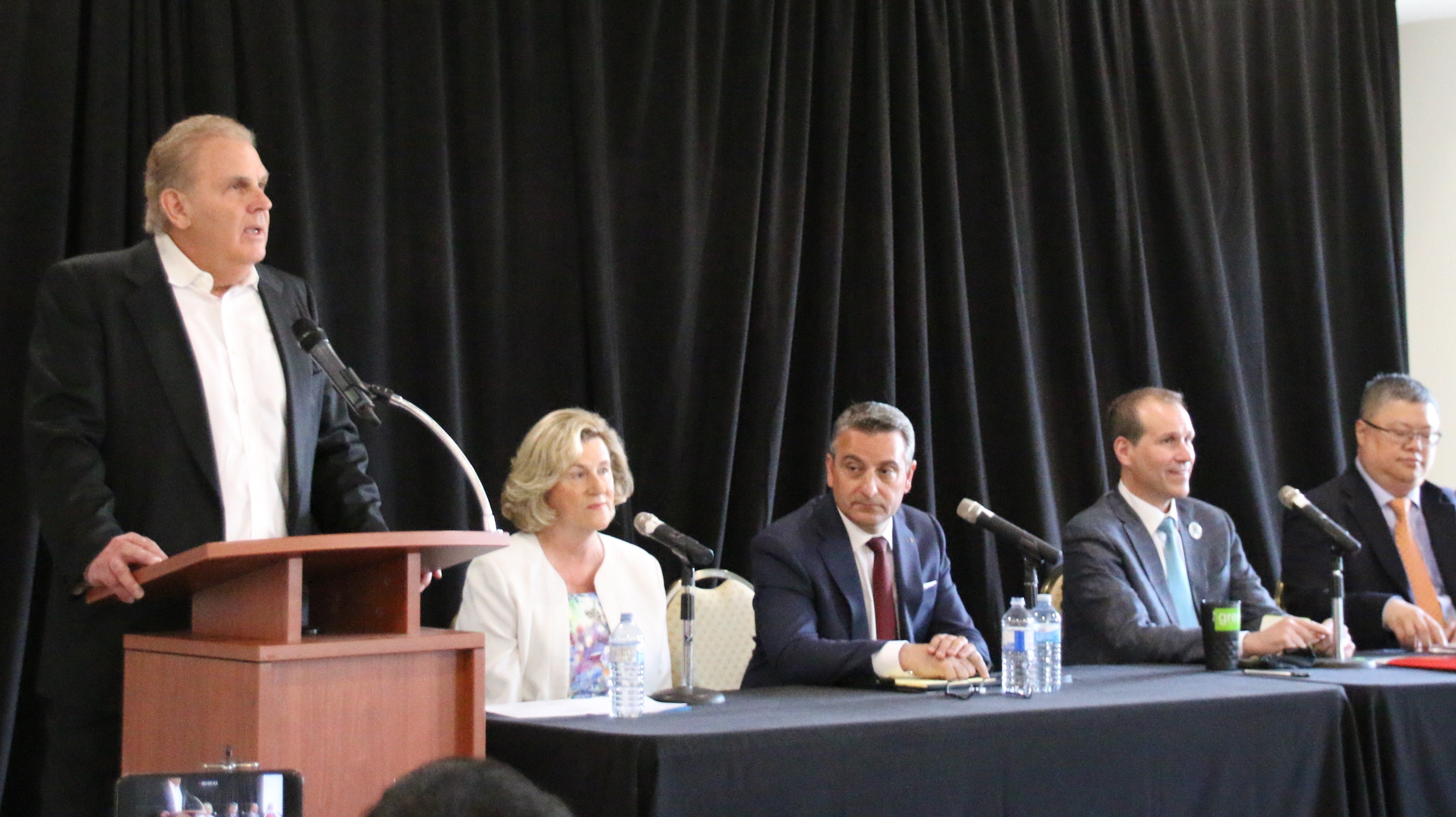 With provincial election advance polls now open across the region, the candidates are feverishly making their last pitch to voters. That included a spirited debate between the four Markham-Stouffville candidates on May 24 at the Ballantrae Golf and Country Club.

MC and event organizer Phil Bannon prodded the crowd of mostly local residents, asking if they vote for the party, leader or local candidate. A significant group indicated the local candidate was key. It seemed an excellent opportunity for each candidate to collect some votes. It also quickly became clear, despite the NDP and PCs running neck-and-neck in provincial polls, the real battle is between incumbent Dr. Helena Jaczek and former MP Paul Calandra.

The nuts and bolts of policy was left to Calandra and Jaczek. Although both preferred, maybe wisely, to stand on their own strengths and avoid mentioning their leaders as much as possible, judging by the crowd reaction, Calandra might have the advantage in the riding. Not because Doug Ford is his party’s leader in this election, but because Kathleen Wynne is not.