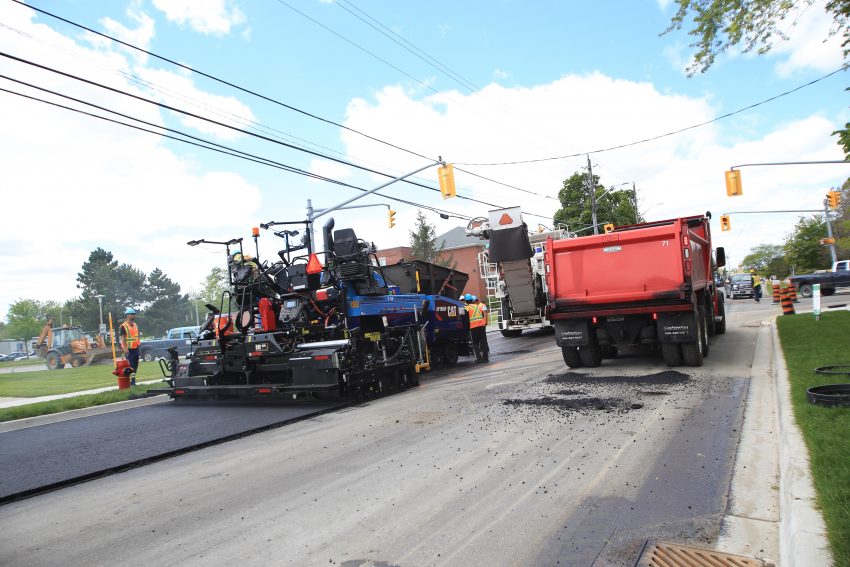 The revitalization of downtown Stouffville, including the upgrading of aging infrastructure, the paving of Main Street and various streetscape enhancements, has been delayed a year.

Town of Whitchurch-Stouffville staff, working in cooperation with the “Downtown Stouffville Revitalization Steering Committee,” recently made the decision to postpone construction because of financial constraints and to allow for more public consultation.

“We are definitely moving ahead with the revitalization of downtown Stouffville,” said Rob Flindall, town public works director. “We just need some more time at ironing out the process of moving forward.”

Infrastructure replacement and paving between Ninth Line and Albert Street will now take place in 2019 and the complete revitalization of the downtown core, between Albert Street and Park Drive, will take place starting in 2020, says Flindall. He cited four reasons why staff have opted to postpone the project.

“The number one reason is to re-evaluate our budget,” Flindall said. “There are some constraints we are trying to meet and the extra time would be valuable to us.”

The extra time would allow for the streetscape design, including sidewalks, lampposts and crosswalks, to be more thorough and encompassing.

“The decisions we make over the next couple of years will influence generations of residents to come,” he said. “We want to make the streetscape the most functional and appealing as we can.”

Adding the extra time to the project will also allow for greater public consultation. Public interest has been higher for this project than any in recent memory noted Flindall. Stouffville is also undergoing numerous construction projects near downtown that has affected the mobility of residents and construction vehicles.

“There have been quite a few projects around the area like the new PACE/Geranium condominium project at Lloyd Street and Burkholder Street reconstruction,” Flindall said. “Next year we expect construction on Blake Street, Russell Avenue and Stouffer Street – all streets that would have limited traffic allowances.”

Lloyd Street is expected to be closed at Main Street for the majority of 2018.

“In addition to the surrounding projects we also need to look at other traffic relief measures – like opening up Edward Street from Millard Street – before we continue with downtown,” Flindall said. “The construction we have done so far has been a tremendous asset to the downtown area and residents are loving the transformation. They are really looking forward to the rest, as are businesses and tourists. We need to make our downtown the best it possibly can be.”