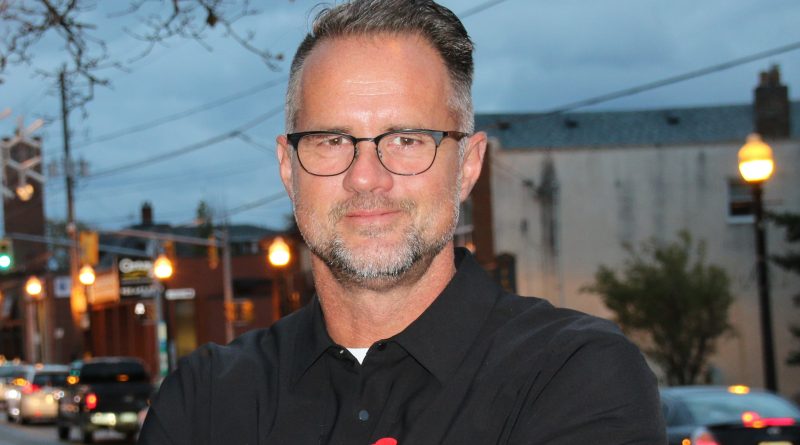 After a convincing campaign that won Iain Lovatt the mayor’s chair during the municipal election, the former Ward 5 councillor took a few days off before jumping into his first 14-hour work day as mayor-elect. Not that he was complaining. Lovatt, having dealt with town issues as a member of council, was under no illusions about what was needed of him in his new role.

Yes, he has had to get used to people randomly stopping him on the street to take a selfie with him, as they did when we met to talk. But the new celebrity, of sorts, has not swayed Lovatt from what he needs to do in the next while as a member of the new council and the town’s representative on regional council.

Lovatt’s 100-day plan, outlined on his election website votelovatt.com, carries the core of his initial ambitions and was front and centre in a conversation with the Review. First and foremost, as would be expected given the contentious election and previous few years, is council unity and relations with other levels of government. With plans for an off-site strategy session with the incoming council to get everybody on the same page in terms of a vision for the town, he hopes the next step is working toward commonly agreed on goals.

That includes development, especially the industrial/commercial lands near Gormley and up the Hwy. 404 corridor. Lovatt calls it the “golden goose” that has yet to lay golden eggs, in reference to the commercial jobs and tax base the town is missing out on, but needs regional support and permissions to achieve.

That includes a good working relationship with Chairman Wayne Emerson (who is also seeking re-appointment in December) and other regional council members which, Lovatt bluntly states, was missing with former mayor Justin Altmann.

“First step is, get all the landowners together, make sure everyone is on the same page, work on bringing in town staff and public works to figure out a plan, take it to the region, present it to them and say this is what it looks like.” Lovatt notes that a well-structured plan is lacking now but will benefit both the town and the region in terms of finances and infrastructure when completed.

Similarly, some of the Hwy. 404 corridor lands are within the provincially designated “white” or “green” lands and, therefore, unavailable for development. While Lovatt is not supportive of opening huge swaths of land elsewhere, he allows that, at some point, when current open lands near Gormley are serviced, a constructive dialogue with the province to open Hwy. 404 lands north of Bethesda will benefit Stouffville there and on other issues.

A key regional committee Lovatt looks to join is one that looks to bring high-speed Internet to underserved areas, which includes 85 per cent of Stouffville township lands. With communications issues butting into federal jurisdiction, it is clear that federal relations will also be key as will working with councillors who have large parts of their wards in rural areas.

As hinted at, one key piece of this scenario and other plans Lovatt is working on include a re-engaged staff. He notes the many personnel changes over the past few years and a strained work environment has curtailed some projects.

“I’ve felt, for the last 18 months, that the development community has kind of pulled their money off the table and have been waiting to see the outcome of the election,” he says, noting the turnover in staff means wasted time and frustration for developers and would-be business tenants and owners. Lovatt says just the change of council and mayor has helped repair some damage.

“I’ve had staff tell me it feels like a different place already,” he says, while crediting the work of current town CAO Roman Martiuk with some positive changes too.

The CAO role has been at the core of some of the most contentious human resources fiascos at townhall. Martiuk is the fifth CAO to occupy that seat in the last four years, and with his contract not due to expire until August 2020, Lovatt expressed hope that he would be in the role until then and after, leading to a more productive environment.

“Honestly, he’s been great for the town,” Lovatt says. “He has a lot of respect from council and staff. He tells you as he sees it – a no BS kind of guy.”

And that suits Lovatt fine.

Pursuing better transit options, getting Main Street repairs completed and building a larger public pool are also things Lovatt says are due to happen in this term. But, he realizes the first 100 days are just that and much work will happen after that. Ultimately, he wants to put the building blocks in place during the first 100 days that the rest of the term can be built on.

“If there is a message, it’s one of hope,” he adds. “I’m hopeful on different levels. I’m hopeful for council that we’re going to be able to build a team that is focused on the future of our town. I’m hopeful of what that means for our business community. On a general level, I think the sense from most people that I’ve talked to is that they’re hopeful for what we can get back to being but also what we can be in the future.”

The term of the new council officially begins on Dec. 1, but the official inauguration will happen at council chambers on Dec. 4.

Photo: Stouffville’s incoming mayor Iain Lovatt has a 100-day plan for Stouffville to start his term.