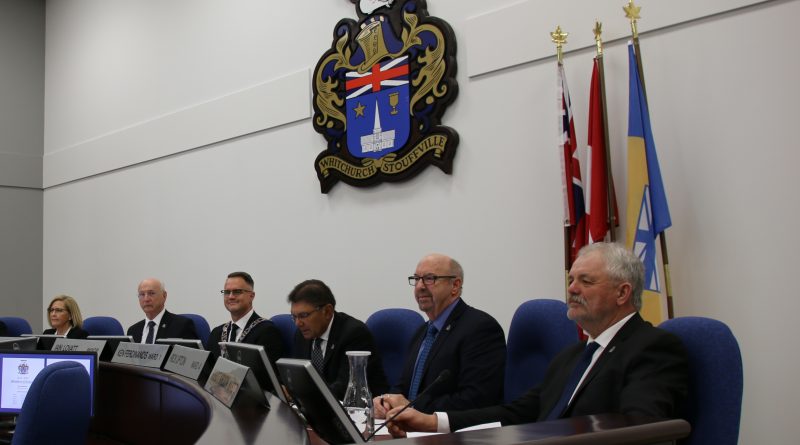 With pomp, ceremony and plenty of smiles, the newest edition of Whitchurch-Stouffville council was sworn into office at council chambers on Dec. 4. Town clerk Gillian Angus-Traill held court until all were officially installed in their capacities where, after, newly-elected Mayor Iain Lovatt took the reigns in his first official duty as mayor.

Nary a murmur of dissention was heard in the room as each councillor took their oath and gave their opening address – most thanking their families and campaign workers for their support and success. The biggest applause of the night followed the swearing in of Lovatt, who, along with the ceremonial chain of office and gavel, received a standing ovation from his new council and ceremony attendees.

The council, Lovatt noted, had already started the process of meeting with various parties within the town and will draft a strategic plan to move forward.

Main photo: New Whitchurch-Stouffville council take their seats for the first time after being sworn in.