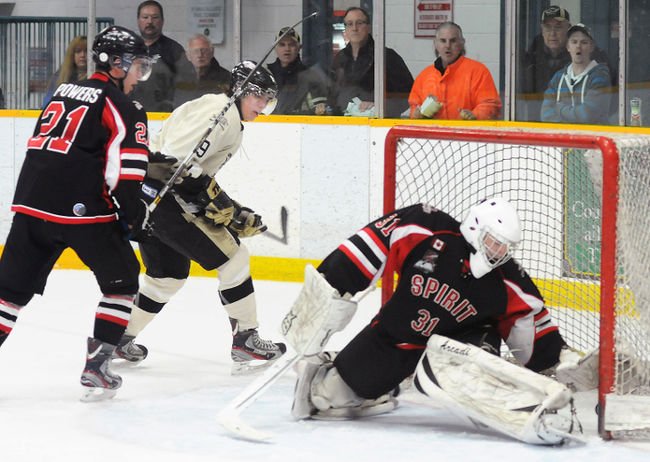 Stouffville Spirit have established a development team as chance for up and coming players to show off what they got and maybe become the next ‘Great One.’

Made up of a total of 20 boys of the ages of 16 and 17 years old, the development team is as an introduction for Junior League Boys to play at a more competitive environment to hone their skills. All players are scouted and handpicked by the Stouffville Spirit scouting team. The core value of this initiative is revolved around belonging. The development league brings forth an environment where motivation is present, goals are reached, and positive relationships are made.

Bob Breckles, Stouffville Spirit’s director of the scouting and development team said the organization came to be following a successful pilot program that was launched in the spring of 2015 spearheaded by the Stouffville Spirit, Cobourg Cougars, and the Whitby Fury through the Ontario Junior Hockey League (OJHL), a Junior A ice hockey league under the supervision of the Ontario Hockey Association and the Canadian Junior Hockey League.

“Since 2015, the league has now grown to 14 teams,” Breckles said. “It is an excellent chance to give these players an introduction to the OJHL Junior A. It really is a launching pad for their futures in hockey.”

The league begins in May with one practice a week along with one to two games until July. Supplies and benefits such as hockey sticks, tape, fully refereed games, skate sharpening, a team therapist, and nutritionist are provided.

In addition, this season will see three divisions with 11 new teams joining and teams will play a minimum of a 12-game schedule. All games will consist of three 20-minute, run-time periods, with the final five minutes of the third period being played as stop-time said Breckles.

“All games during the season will be played exclusively within their own division and each division will have their own playoff format to crown three separate champions,” Breckles added.

For a breakdown of the schedule visit http://pointstreaksites.com/view/ojdl/home-page-657