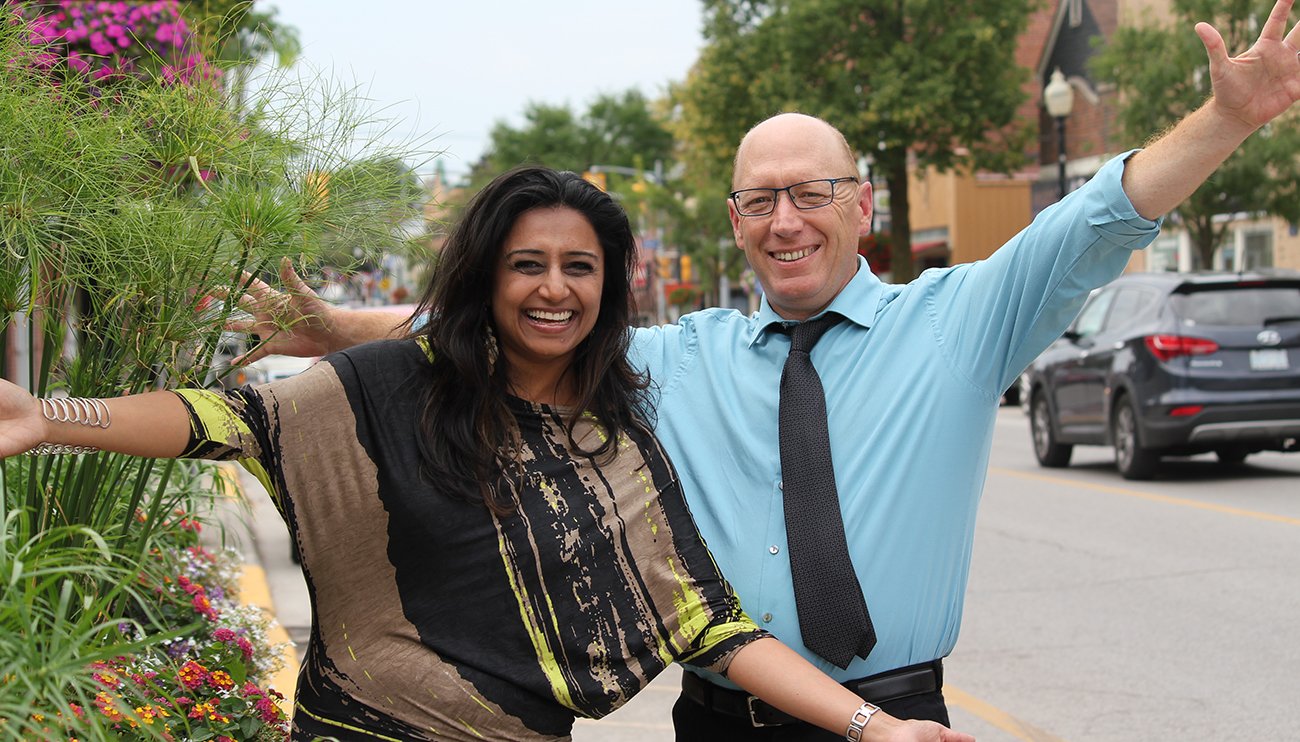 The new Downtown Coordinator and new Economic Development Officer could not come at a better time for Main Street Stouffville.

“I look forward to working together to stay positive, survive and thrive as we begin the start of something great to come,” says Tina Sharma, the Town’s new Downtown Coordinator.

Ms. Sharma is referring to the four-year Downtown revitalization project that started earlier this summer.   The town initiative calls for the complete redevelopment of Main Street between the Tenth Line and the Ninth Line over the next four years.

“I’m excited and looking forward to building relationships that encourage a positive climate between businesses, community groups, organizations and the Town,” she says.

As part of her portfolio, Ms. Sharma will oversee the Town’s marketing and promotion of the downtown core, coordinating events and tourism initiatives and assisting downtown merchants with their economic viability.

“Merchants, property owners, residents, community organizations and local government all benefit from a healthy and vibrant downtown,” she says.  “As the downtown coordinator, I advocate to strengthen and support the economic growth, unique architecture and heritage of downtown Stouffville.”

In addition to the Downtown Coordinator, the Development Services Department has also hired a new Economic Development Officer.

“The opportunities in Whitchurch-Stouffville are vast and exciting, but copy-and-paste economic development isn’t going to work here,” says David Tuley, the new Officer. “Given our greenbelt constraints, we need to be creative and use every inch of land wisely.”

Mr. Tuley comes to the Town of Whitchurch-Stouffville after working for the City of Oshawa for ten years.

“I worked in Downtown Oshawa, focusing on intensification – building a downtown university, culture & art plan, a hotel & conference centre, a co-working & entrepreneurship centre, and developing food-driven tourism,” he says.  Previous to that, Mr. Tuley resided and worked in the United States.

“In the Shenandoah Valley I worked on a horse farm, in South Louisiana I worked behind a drill rig, and in Kansas I owned a garden centre,” he said.  “Also in Kansas, I was a Town Councillor and became the director of economic development for a county.”

Mr. Tuley’s portfolio includes the economic development of all of Whitchurch-Stouffville, not only the downtown core.

“Economic development is balancing act of keeping the best of the old, embracing new opportunities, and acting on feedback gathered from businesses and residents.”

Mr. Tuley and Ms. Sharma will be working very closely during the Downtown Revitalization project.

Ms. Sharma worked 18 years for Bell Canada previous to joining the Town. The first three years she was a certified coach/facilitator for customer service.

Ms. Sharma will be spending most of her time downtown at the Town’s office in the Train Station.

David and I look forward to creating enjoyable public spaces, ensuring the identity and positive image of the downtown is communicated, and facilitating events and activities that will enhance the downtown”