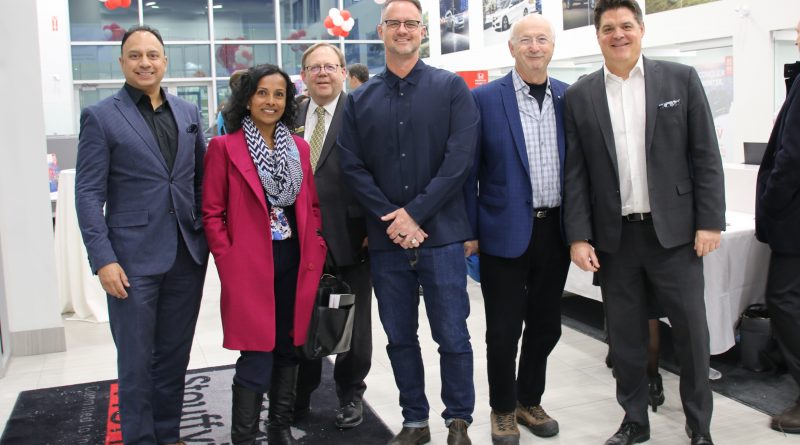 RBC and Stouffville Honda teamed up for a unique networking event that gave businesses a chance to engage each other in a very different place than what is usually set aside for this kind of occasion. But the smiles and easy conversation suggested that the unorthodox setting may have been precisely what led a host of people, including Ward 2 councillor Maurice Smith and Mayor Iain Lovatt, to turn out on a very snowy, winter evening. Of course refreshments and appetisers were served as were a few words from Mayor Iain Lovatt who took the opportunity to again outline some of the Town’s priorities going forward, including his hope to develop Gormley industrial lands, his support for small business and other Town issues, some of which  touched on the budget decisions that were recently approved by council at the end of February.

An update on the budget is posted online here at stouffvillreview.com.