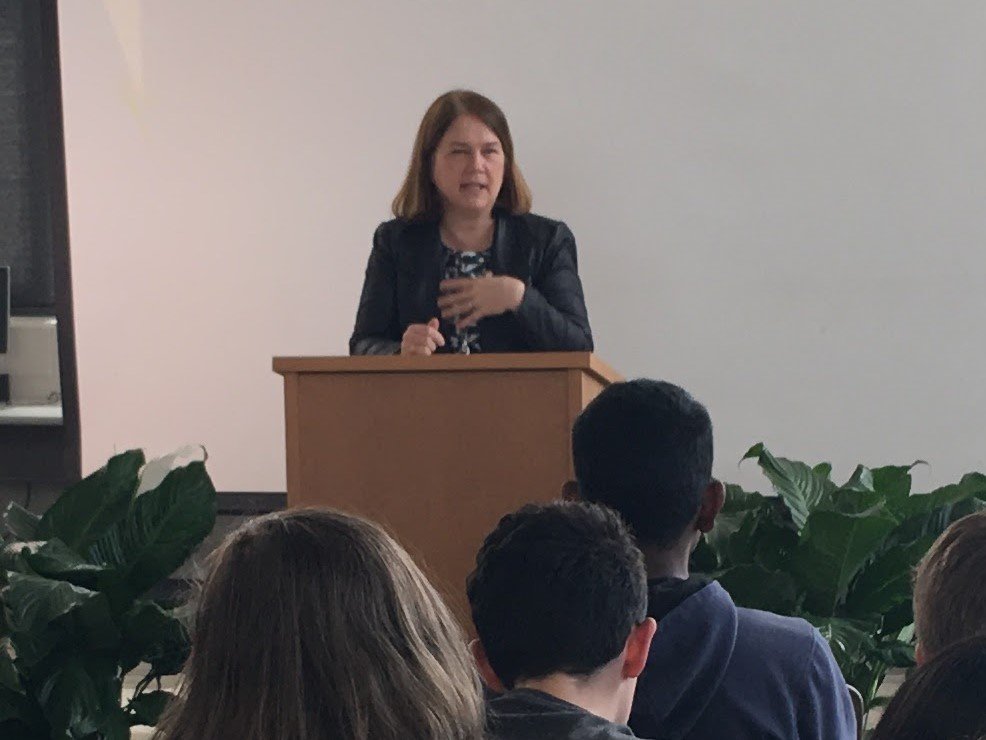 Under the new program (within the Innovation and Skills Plan) 23-thousand students will be eligible for non-repaying loans each year. The overall plan will also make it possible for Canadians to continuously upgrade their education and skills.

The focus is on those wanting to return to the workforce but unable to afford any length of school or training program. Minister Philpott spoke of the challenges of returning to work:

“Many times, wanting to get back in the work force requires going back to school even just for eight months which can be kind of daunting; to be able figure out how you are going to afford that.”

The plan adopts lifelong learning and support for individuals, women and students with dependent children which brings us to increased support for early learning and child care. This was introduced under the High Quality Affordable Childcare initiative.

Parents will have room to pursue new work and study opportunities with additional affordable, high quality child care spaces made available over the next three years. Minister Philpott heard from many people in the community with one child or more of their difficulties in returning to work:

“It’s a huge barrier and often particularly for women entering the workforce – this is going to make a very practical difference in the lives of these young families to be able to work if they want to and to be able to have really good childcare options.”

During her time in the riding last late last month, Minister Philpott “had some really good discussions with people in the community” which included a visit with a Syrian girl who settled in Stouffville a year ago.

She also shared some exciting news on transit and transportation for local commuters as she learned during her campaign that one of the biggest pressures they face is being able to get to work. The very heavy traffic in the area and along the 404 has been taking its’ toll on travel times and workplace efficiency for many residents.

Needless to say, the Minister was only too pleased to bring exciting news of an expansion to the 404 to add an extra lane right up to Stouffville Road. Further expansions to travel systems across York Region will allow people to get to work in a way that’s clean and good for the environment.

“I am delighted to see how Markham-Stouffville has continued to grow and thrive. One of the areas that I think will be very good news is some of the work that’s being done on transit and transportation.”

The Government of Canada will contribute more than $1.8 billion to Go Transit Regional Express Rail RER through the New Building Canada Fund. As for overall investment under Budget 2017 for transit projects: $20.1 billion over 11 years.

The government hopes that this funding will help communities build urban transit networks (and service extensions) that will transform the way they move, work and live.

Minister Philpott also mentioned the numerous health care and housing products and services that will benefit from the new budget.

Among these are $11.3 billion in Affordable Housing investments under the new National Housing Strategy toward more housing and rental units. Increased support for NGOs like Habitat for Humanity who are “starting to do really good work in the area” is also in place.

Minister Philpott spoke of the increasing demand for mental health services for children and youth under 25. “It’s very important that when families are affected by mental illness they can get the care that they need and they shouldn’t have to wait such extraordinarily long periods of time.”

Another group whose specific needs are going to be addressed through additional funding and resources under Budget 2017 are seniors. In the House of Commons late last month, Philpott enthusiastically announced an $11 billion investment into home care, palliative care, social housing and mental health for seniors.

From these, $6 billion will be invested directly into home care, a service that will only increase in demand due to the aging population everywhere. With this increase in funding to already established home care programs, seniors will be able to stay in their own beds and in their own homes.

Minister Philpott will be extremely busy implementing many of these initiatives across the country, one province at a time and keeping a keen eye on the developments within her own riding.