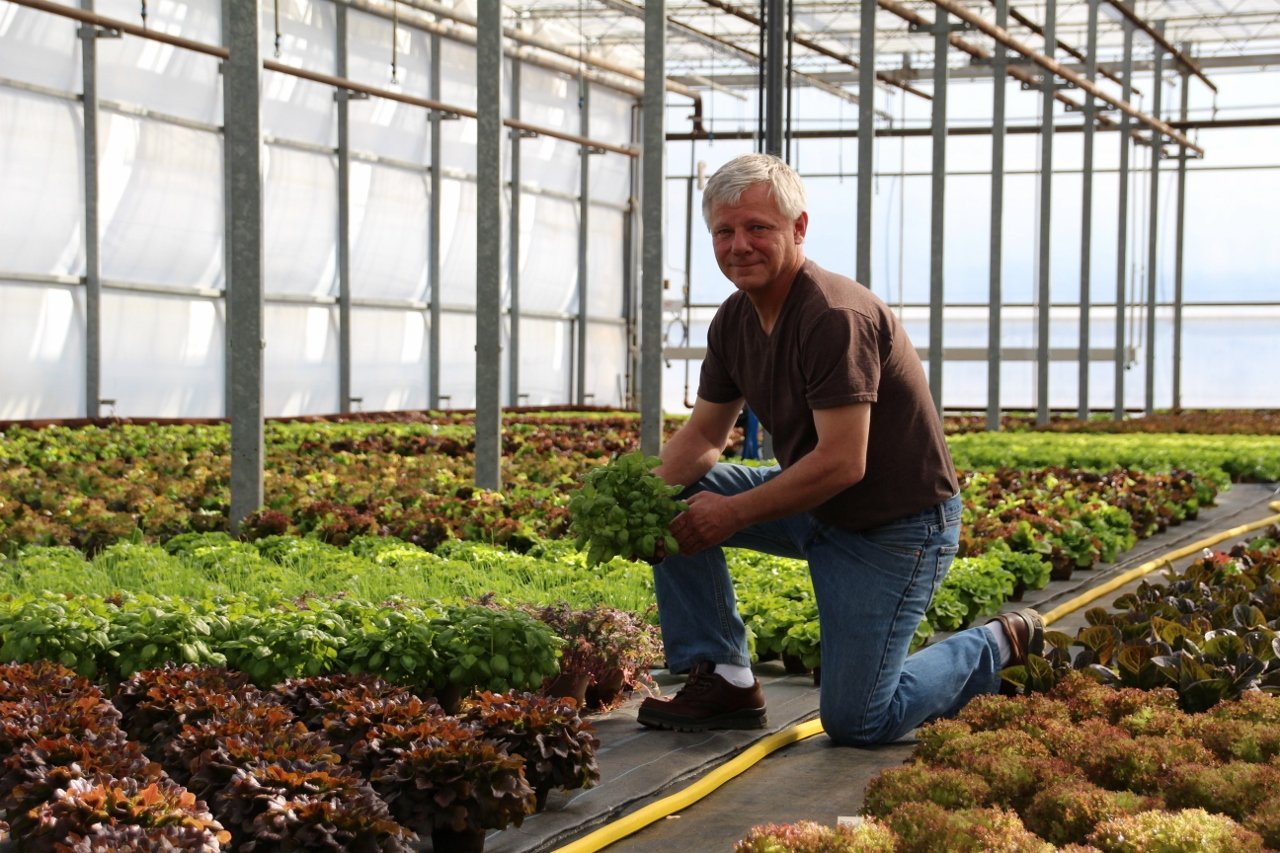 By Duncan FletcherThe Stouffville Doors Open event provided a unique chance to see behind doors not usually open to the public. It was also the first opportunity for many to take a peek at a unique local success story right in our own backyard.

Greenbelt Greenhouse may not be a familiar name to many. It doesn’t sell product to the public or keep up a public profile. But the super-nutritious, organic, locally grown, microgreens it produces in its temperature-controlled 55,000 sq. ft. facility in Gormley are featured in some of the best restaurants and grocery stores in Ontario.

Row-upon-row of carefully cultivated greenery greet the eye when you enter the greenhouse. Basil, buckwheat, micro-broccoli, spring pea, red choi, baby kale, cilantro, and wheatgrass, among others, form the basis for chef creations and custom blended salads like the company’s own ‘spicy’ mix and ‘sweet and crunchy’ mix supplied to high-end grocers like Unionville’s Village Grocers, Pusateri’s, as well as all Whole Foods stores in Ontario and soon – all Longo’s stores.

All the offerings are cultivated in a carefully managed climate that is held at 20 degrees Celsius in all seasons and partially irrigated with rainwater collected from the greenhouse roof.  A custom blend of nutrient rich soil—used only once before being recycled in local farm fields—certified organic farming methods, including fertilization, a careful hand-harvest by local workers and washing with pure well water, combined with timely delivery ensure a high quality product for your table.

Officially launched in 2010 by founder Ian Adamson, Greenbelt has expanded quickly, recently purchasing a three and a half acre, 180,000 sq. ft. greenhouse near Hamilton and renting other local facilities to meet demand. Adamson relates that this wasn’t a business he planned to be in. It was, you might say, organic growth.

Originally a landscaper “with a green thumb,” and an engineering bent, Adamson teamed up with his father, a chef and former Dean of Food Technology at George Brown, to start developing product hydroponically 25 years ago for the famous chefs who cut their teeth at the school. One of these was Chef Brad Long, who became Adamson’s first customer. But the route to success had its share of obstacles.

“We discovered that the problem with hydroponics is that it rapidly spreads disease throughout a water profile, so we started experimenting with organics,” said Adamson. The organic micro-greens, grown in separate trays allows disease to be quickly halted and extracted from the process.

It so happened that culinary herbs were being introduced into the Loblaws garden centres at the time and Loblaw, the parent company, asked them to supply some basic varieties that could be replanted in do-it-your-selfer, gardens. That started a 19-year relationship with the retailer that eventually pushed Greenbelt toward the more lucrative organic, micro-green, food production, market.

“The first two years of producing micro green was really challenging,” he said. “It was so new. So what to grow, how to grow it, time lines, seed density, soil quality. All those thing are important on a crop like this.”

As much as his business is a back-to-the earth project, grass-roots know-how only forms part of a successful business model. As demand grows, Adamson notes he finds he needs to increasingly pay close attention to daily spreadsheets and software based analysis that help him to balance incoming orders with yield potentials of various crops that differ from one season to the next – less light in winter means slower growing times even in constant temperature.

Adamson also works with distributors to create custom blends of micro-green salads for distributors and retailers based on taste and texture demanded by end users, as well as speed of growth and other producer considerations. This further complicates the planning, but also steadying the income flow that is not possible dealing only with the highly volatile restaurant market. This mix of end users – restaurants and grocery stores, has allowed him to capitalize and scale up operations to become one of the largest producers of it’s kind.

He also notes that as much as he loves the fact that people across Ontario are demanding his product, he is very proud to be producing locally, employing local workers and producing product that improves peoples lives, explaining why he participated in Doors Open and sat down for this interview.

He promises to push to make his product available in Stouffville stores and restaurants too.

“I think it’s time for the (local) public to know what we do,” he said.

One thought on “Microgreens mean macro success for Greenbelt”