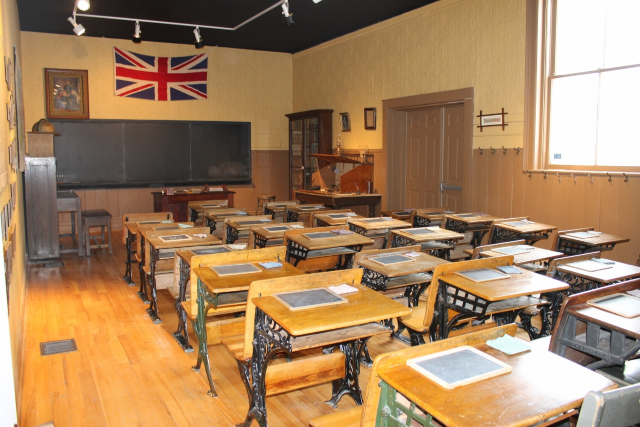 May 21 marks the 39th International Museum Day and Whitchurch-Stouffville Museum will be celebrating with the rest of the world.

For the international event, the museum will be opening its doors for free, as part of a mandate to share the history and culture contained in museums with all who seek them.

Museum curator Stephanie Foley has been with the museum since 1993 when she started as an assistant curator, but the museum’s history predates tenure by more than two decades.

“The museum was started in 1971 by a group of local residents in response to the excitement created by Canada’s centennial. Many local museums actually began at this time for the same reason,” Foley says.  “The original museum was the Bogarttown Schoolhouse – the red brick building on the property.”

At the time, the building was owned by the board of education, which sold it to the then-Township of Whitchurch for $1.

Now, the Whitchurch-Stouffville Museum offers many programs that range from educational for school children to tours for adult groups, and even research appointments.

“People like to come and reminisce about how things used to be,” Foley says. “New residents can learn about their heritage and culture. Our volunteers enjoy being here because they feel they can contribute to our goals, and we try to expand their knowledge and give them challenging things to do.”

An institution like the museum is as much important to newcomers looking to learn about the community as it is to lifelong town residents, Foley says.

“We think it’s important for people to understand who used to live on the land, what they used to do and the struggles they had to be successful residents in this area,” she says. “Imagine what it was like to raise a family here 150 years ago – with no running water inside, no hydro, no phones or internet. Successes that early residents had allowed our community to be what it is now.”

For more information you can visit the museum’s website at www.townofws.ca/museum or call 905-727-8954 for details.