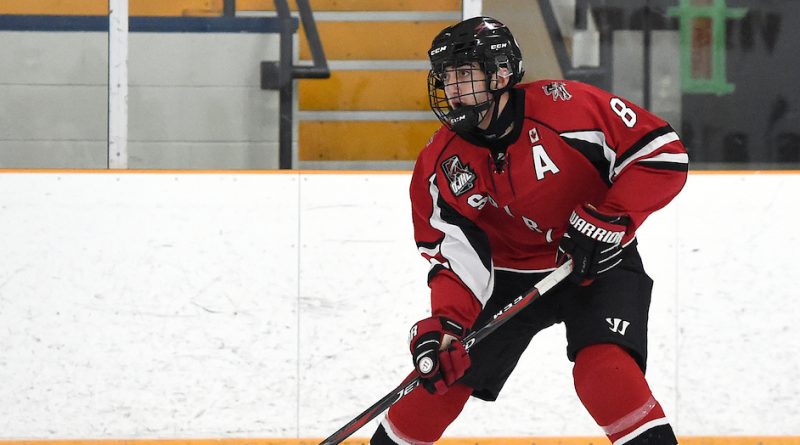 Kosta Manikis is one a dozen players from the Ontario Junior ‘A’ Hockey League (OJHL) to be selected to participate in the Canadian Junior Hockey League (CJHL) Prospects Game.

That contest will take place in Okotoks, Alberta, on January 22 and will feature NHL draft-eligible players from the 10 tier 2 Junior ‘A’ leagues across Canada, split into a Team East (which will feature Manikis) and Team West.

Manikis, listed as a ‘C’ prospect by the NHL’s Central Scouting Bureau, leads the Stouffville Spirit with 27 points in 30 games this season.

The Richmond Hill native, now in his second year with the Spirit, also participated in the Eastern Canada Cup All-Star Challenge back in November as a member of team OJHL Oates.

Andy Corneau photo – Kosta Manikis, who has been Stouffville’s leading scorer this season, will play for Team East at the CJHL Prospects Game.