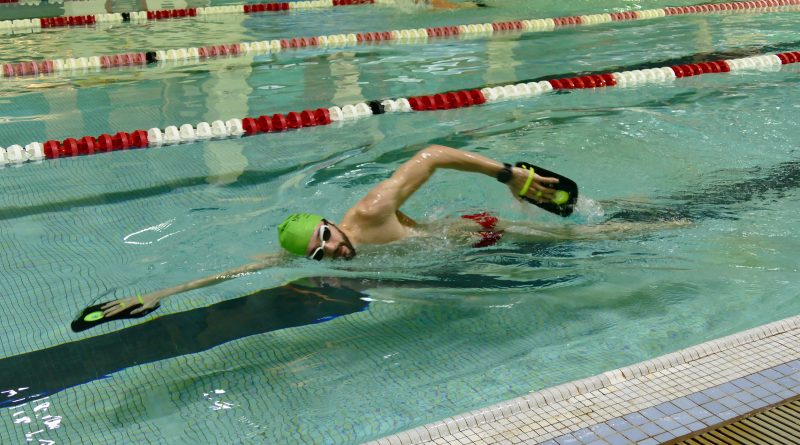 At a very young age, Harrison Marsland developed a strong passion for swimming. He was born and raised in Stouffville and attended Stouffville District Secondary School before pursuing post-secondary education in industrial design at Carleton University.

A recent Carleton graduate, Marsland’s final year in university was one filled with many successes. Before graduating this year, Marsland was tasked with creating a product for his final project. He started his project planning in September 2018 but said that he went back and forth between ideas. In January of this year, he finally came up with the idea that would later turn into an award-winning product.

Marsland was an active member of Carleton’s varsity water polo team. Between his time training with the team and working on this project, he eventually came up with the idea of a swim training aid to assist competitive swimmers.

Marsland saw that there was a need for a variable resistance swim paddle. He said he noticed that in gyms and fitness centres there were a wide variety of weights that people could use when exercising; however, there was no existing product like this for the water. After months of planning and designing this product, Marsland has not only been able to bring his idea to life and fully develop the swim training aid, but he was also able to build the entire product with a 3D printer.

“My swimming background allowed me to realize that there is a gap in the market for adjustable resistance swim equipment,” said Marsland. “Most items have one shape or resistance targeted for a variety of swimmers with a range of abilities. I hope to expand this concept into different kinds of swim equipment and integrate it into different swim training programs.”

Marsland’s efforts with his swim training aid have been widely recognized since its initial launch. This year, Carleton University presented him with the Wim Gilles Memorial Award for Form-Giving. He was also entered in the annual Association of Chartered Industrial Designers of Ontario’s design content, ACIDO Rocket, and won the Market Ready Award and third place overall for his product.

Marsland’s project is currently on display at Toronto’s Design Exchange Museum. In the future, Marsland said that he hopes to patent his swim training aid and integrate his product into swimming programs of all kinds.