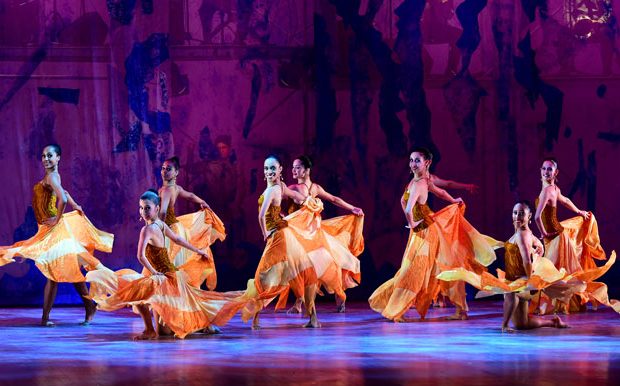 For over 25 years, Lizt Alfonso has captured audiences of all ages on five continents, performing in hundreds of cities with the strength and rhythm of Cuba that vibrates today. Pioneer and proponent of the “fusion” style, it showcases an original and skillful repertoire, recognized by the public and critics as “unique and different”.

Lizt Alfonso Dance Cuba (LADC) is making its mark on the world: It was the first Cuban dance company to perform in the Latin Grammy Awards Ceremony (MGM Grand Garden Arena, Las Vegas, 2015). In 2016, at the request of the US Presidential Committee for the Arts and Humanities, First Lady Michelle Obama personally presented Lizt Alfonso with the International Spotlight Award for her remarkable educational and social work benefiting thousands of children and adolescents. Her company has performed hundreds of international performances in more than 200 cities on five continents. All this and more define Lizt Alfonso Dance Cuba, as a company that for more than 25 years has defended “Fusion” as a signature style that distinguishes it internationally.

Company performances, always interpreted with live music, constitute authentic expressions of Cuban culture. In an original way, they fuse a whole range of dance forms including ballet, contemporary, flamenco, popular Cuban dance as well as Afro-Cuban movement and rhythm. This unique amalgam has led to invitations for LADC to participate in important international festivals and events such as the Central Park Summerstage Festival in New York; the Luminato Toronto Festival of Arts and Creativity; the New York City Center’s Fall for Dance Festival; the Works & Process at The Guggenheim in New York; the China-Latin America and Caribbean 2016 Year of Culture Exchange, Beijing, China; and Bahrain’s Spring of Culture Festival, among many others.

Lizt Alfonso is the Director, Choreographer and Founder of Lizt Alfonso Dance Cuba. She is a UNICEF Goodwill Ambassador, a Cuban Arts Fund Ambassador, and was named on the BBC 100 Women 2018 list which highlights inspiring and influential women from around the world.