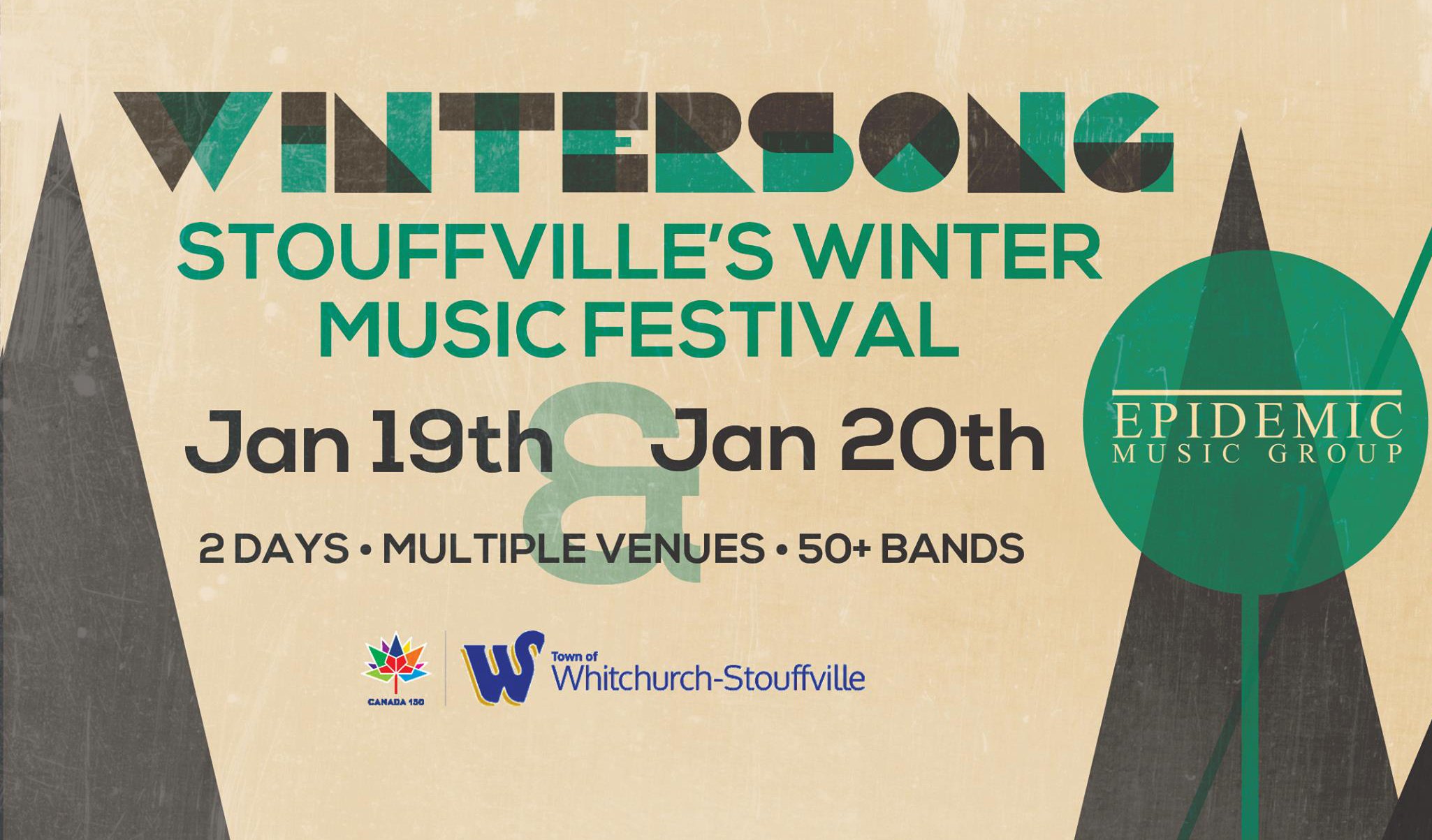 The Stephen Stanley Band, Future History and Ben Hudson are just a few of the featured performers who will be taking part at Wintersong. The two-day music festival, set in downtown Stouffville, takes place Jan. 19-20 and features up to 50 performers who will take the stage at nine venues along Main St.

Presented by the Epidemic Music Group, the event is planned to become an annual affair aimed at breathing some life into the cold, post-Christmas season.

According to Heather Cook, project manager of the event, performers at Wintersong have largely been gathered from the Whitchurch-Stouffville, Durham and Uxbridge area, and that should give the festival a grassroots feel.

“There are performers from other areas, but there is a lot of talent right here and that makes it very much a local event,” she said.

Other performers include The Cherry O’s, Jessie Dynes, Kelly Jamieson & The Keepers, Grass Grows Back and Orangabang.

The event will also be used to celebrate the Guinness World Record that was set earlier this year in Stouffville when musicians came together at the Earl of Whitchurch Pub to hold the longest concert by multiple artists. Ceremonies will take place in the parking lot of 6240 Main St. starting at 2 p.m. on Jan. 20 with the presentation and live music. The festivities will then move indoors and continue throughout the night.

A wristband policy will be in effect which will allow patrons to visit all the venues. The cost of the wristband is still to be determined.

A complete list of artists and updates can be found at the Wintersong Stouffville page on Facebook.