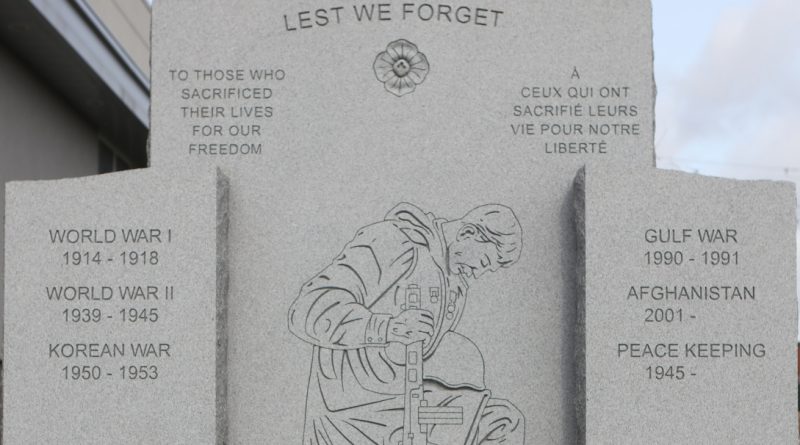 Valerie Budd has watched as the membership of veterans have dwindled at the Stouffville Legion rapidly over the years.

She has worked for more than 30 years at the Stouffville Branch 459 of the Royal Canadian Legion and knows of the courage and sacrifice of many who have passed through its doors over that time.

“For sure, there’s very few left,” she said of the veterans from World War II.

One was also her own father. He’s also passed on.

“They’ve all passed,” she said. “We don’t have that many anymore.”

Which is why she speaks of the importance of the Remembrance Day activities being held this year by the legion, located at 150 Mostar Street.

A remembrance service will be held on Sunday, November 10 at 1 p.m. at the Stouffville Cemetery, located on the 10th Line south of Main Street. The larger Remembrance Day service and laying of the wreaths is scheduled for Monday, November 11 at the cenotaph, beginning at 10:45 a.m.

It’s not only a time to pay respect for those who sacrificed so much for the freedoms we enjoy today, but to also ensure that future generations never forget.

Budd is hoping the crowds attending the events match those of only a year ago.

“Last year we had a real good turnout for Remembrance Day, and there were a lot of school kids here,” she said.

This year marks the 75th Anniversary of the D-Day Landings and the Battle of Normandy. The allied landing operations in France began on June 6, 1944 during World War II. More than 156,000 allied troops from Canada, Britain and America landed by sea and air on five beachheads and would help liberate Western Europe and lead to the defeat of Nazi Germany and the end of World War II.

Of the more than 14,000 Canadian troops who were involved in the invasion, 369 were killed on D-Day alone. A total of more than 5,000 Canadian soldiers would die during the two-and-a-half-months of fighting in Normandy.

“Everything we have is because of them,” Budd said. “We should never forget. Heavens, no.”