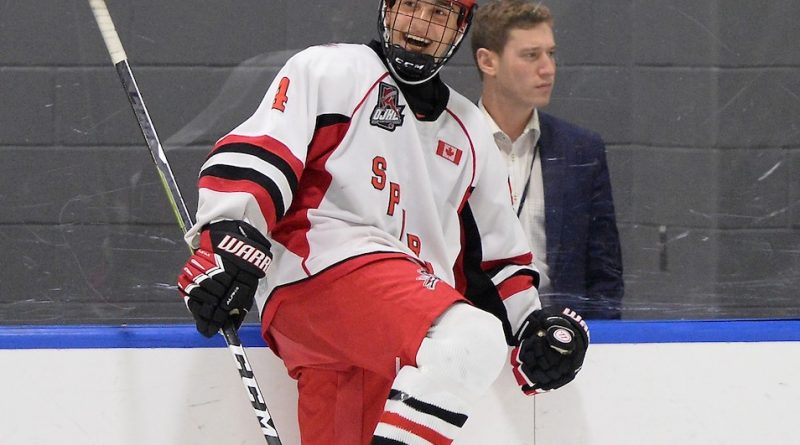 After two non-playoff seasons, the Stouffville Spirit Jr. A hockey team is back in the thick of things.

Almost two months into their Ontario Junior Hockey League season, the Spirit are in line for a postseason berth. They were battling for first place in the North Division with the Markham Royals and Collingwood Colts in the third week of October.

The youngest player on the Spirit roster is one to watch.

Andre Anania, 16, has seven points in 12 games this season. Wearing No. 4 on the Spirit defence, four of the Richmond Hill resident’s five goals have been game winners.

Anania joined the Spirit during the second week of the season from Sudbury Wolves camp. He has committed to play for the Ontario Hockey League team next season.

“Andre was put into a big role on this team from Day 1 and has not disappointed,” said co-coach Brandon Kearnan. “He continues to prove that, as a 16-year-old, he can compete at a high level in this league. His skill and sense play a big role in his success.”

“But one of the most impressive things is his maturity level on and off the ice. These traits will allow him to move on to the next levels and be an impact player there, as well.”

The Spirit has home games at the Stouffville Arena this month:

For more on the Spirit, go to: http://pointstreaksites.com/view/stouffvillespirit/2019-20