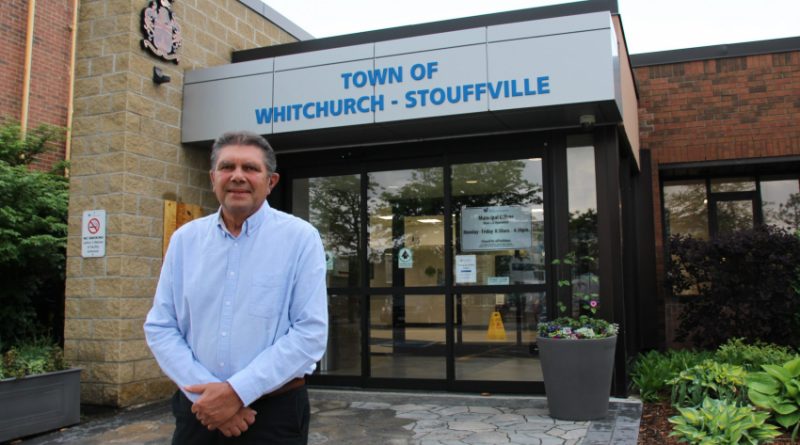 Come this fall’s municipal election, Whitchurch-Stouffville will see a different local political landscape with new ward boundaries in place and new choices for us to make at the ballot box.

But one of the most noticeable changes to council will be the absence of long-time Ward 1 Councillor Ken Ferdinands.

For 19 years he has sat at the town council dais representing the ward he has been a resident of since 1976. Ferdinands, the highly-regarded veteran of municipal politics, has, in the spirit of past Prime Minister Pierre Trudeau who famously took a contemplative ‘walk in the snow’ before stepping down from elected office, also opted to not put his name up for re-election this time around.

In addition to not having the most recognizable name on the ballot this fall, Ward 1 itself will change greatly in terms of area, expanding to include most of what is currently Ward 3.

The decision to step down may weigh more heavily on Ward 1 residents than the well-loved councillor, whom many know personally and have become accustomed to calling at his personal phone number or even dropping into his home to air their concerns or questions of the day.

It’s old school, one-on-one relationship building that he has focused on and he believes that personal touch has been key to multiple election successes in an area. Although Ferdinands notes the ward is starting to change as old-guard residents move on and new families move in, the ward has been rather unaffected by growth or significant change over the last 20 years, allowing him to forge such deep and long-lasting connections.

In fact, the notoriously camera-shy Ferdinands, has pointedly not engaged in a modern marketing-style brand of ‘look-at-me’ politics embraced by social media-savvy newcomers to the game. He even eschewed election signs but did publish a regular and popular newsletter that served as a useful roundup of town issues for ward residents.

And there have been many issues, long hours and a heavy workload over the years that tend to grind on any elected officials and impose on family time and other interests.

Ferdinands has also overcome health challenges in recent years thanks to a near-fatal accident a few years ago that left him and those closest to him wondering for a time if he would be able to serve or even walk. But recover he did and, from all appearances, the resilient councillor, husband, father and grandfather got back to speed faster than many had expected.

But Ferdinands refuses to cite any one challenge or circumstance, including the redrawing of ward boundaries, as key to his decision to retire even if, for the first time in a long while, he doesn’t know what comes next. Rather he seems quite at ease with his decision and is contemplative as we talk over a coffee. Instead, he pushes the idea that this is simply what is best for the town.

“I’m 76 now and really had no intention of being in the job at this age,” he says. “I feel a younger person definitely needs to step in and step up and bring new ideas and a new approach to things. I think being in one particular place for too long is not helpful.”

But the political veteran, that looks nowhere near his age, allows that the job has been a joy for the most part and has benefited him personally as well offering that “having this job has kept me healthy and kept my mind active and engaged.”

So, what comes next?

“I have no hard and fast plans. I’m leaving it wide open for now,” he says, but allows that he may enjoy spending more time with his wife Colleen and visiting kids and grandkids.

He also concedes he is not the kind to stay still and pointedly doesn’t rule out continuing to work with businesses or people in some capacity who would love to tap into his deep well of knowledge. That may include would-be business owners who look to set up shop in Whitchurch -Stouffville, and who find the government bureaucracies, at various levels, hard to navigate.

“I have to hand it to the entrepreneurs that want to move into the municipality. The challenges they face are daunting,” he says. “There are lots of unanticipated issues that present themselves from one minute to the next. So, we need to make sure that our doors are always open when it comes to solving problems.

“It takes a number of people to come up with a good solution. You can’t just say ‘it’s your problem’ you deal with it. “I think it’s important to take a partnership approach to developing their interests.”

That collaborative approach is something he is proud of and believes has served him and the town well over the years.

When speaking of municipal projects he is most proud of being a part of over the years, Ferdinands is as practical as you’d expect in his choices citing playing a part in the decision to allow the development in 2003 of the 9th line sewage pipeline which replaced a nearly 100-year-old treatment plant in Memorial park that routinely discharged sewage into Stouffville Creek.

While not the sexiest issue, he cites the installment of the sewage system as essential for the healthy development of the future of the municipality that still pays benefits today. Relatedly he observes a number of other bedrock development issues like water allocation and cleanup of area dumps as issues that were too long neglected in the past.

This brings our discussion to what he believes is needed by anyone to be successful in elected office.

“I realized that if I was going to stay in municipal politics, I needed to be able to look out 10, 15, 20 years ahead and have a great degree of clarity of what the future held and where we were going.”

That includes recreational and cultural needs of a community, and on that note, mentions places like the Ballantrae Tennis Club, where he still plays regularly, and the Museum as important developments he supported that contribute to the quality of life in the town and in particular to rural residents in the north end of town.

While he feels he has accomplished much he knows that there will be plenty of work for whomever fills the Ward 1 seat on council and they will need to continue to work collaboratively with business owners, different levels of government and the rest of council and mayor. Other issues that he has fought for like better rural broadband will continue to demand the time and expertise of the new council.

Asked if there is any advice he would leave for newcomers to the political world to be successful, he returns to a familiar theme of our discussion “Build relationships. That’s what it’s all about,” he says with a smile.

Understated in the typical Ferdinands style. But a simple, clear mantra that should prove to be the foundation for political success for a next generation of political leaders.

Main photo: Ken Ferdinands, the highly-regarded veteran of municipal politics, will not be seeking reelection this fall.

Grandparent scam on the rise in York