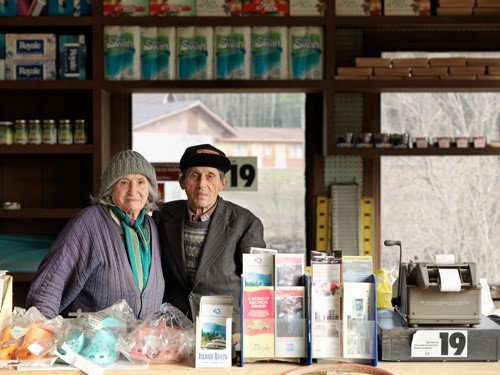 Storytelling through art seems simple enough since, as the saying goes, a picture is worth a thousand words. But some stories are better told than others and sometimes a good picture is worth many words more than the standard thousand as a new exhibit at Latcham Gallery proves.

Not given to glamourous filters, photo-shopped sensation or contrived situation, the work by Jason Brown, a Toronto-based photographer and Ryerson photo grad with a number of exhibition credits under his belt, latches on to “narratives found in our built environments and the nominal subjects in our surroundings.”

Between Us, his collection of works from two other projects he has created, prides itself on being able to connect us with different elements of the “Canadian landscape”. But by landscape, we’re not talking trees and streams necessarily but people, their faces, their occupations and their lives. They are “found images” of people and their habitat – city or country.

That means a sometimes gritty, but honest reality of what they face day-to-day inspired by Brown’s travels.