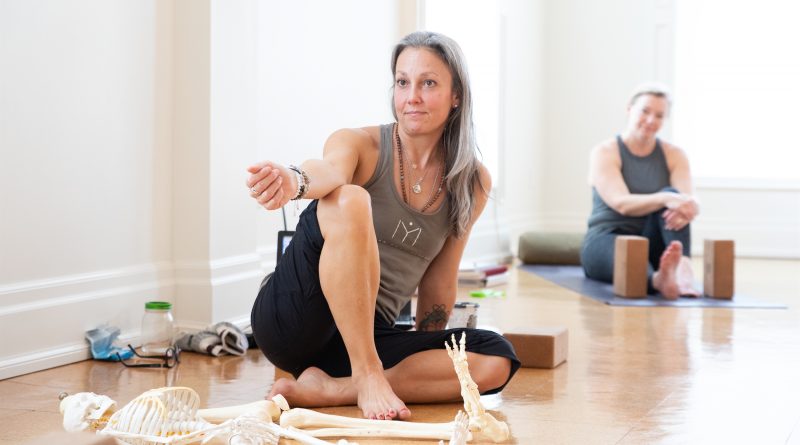 International Women’s Day (IWD) is celebrated on March 8 every year in Canada and around the world.  It’s a day to recognize and celebrate women’s achievements and acknowledge challenges women continue to face while striving for gender equality.

This year’s theme is Better the Balance, Better the World, #BalanceforBetter.

One way to celebrate IWD is to recognize the achievements of exceptional women in our community.  Meet Isidora Romantini, owner of not one, but two thriving businesses in Stouffville, both under one roof:  Stouffville Yoga Life and Modern Yoga Method.  She is an educator, yoga and Pilates teacher, and a registered massage therapist.  Her team of skilled practitioners offers a wide variety of wellness services: chiropractic, acupuncture, Reiki, and massage therapy.

Like her classes, her Facebook and Instagram posts are informative, educational and challenge you to move your body.  According to Romantini, “movement is power”.  At Yoga Life, you’ll be able to enjoy traditional yoga:  the mindfulness, spirituality, and the calm; married with unconventional or modern yoga – movement with the intelligence and science behind it.  You’ll be able to experience classes that incorporate  yoga with weights, functional movement, animal flow, and core fusion.

Over a year ago she separated the educational side of the business and created a second company, Modern Yoga Method (MYM).  Romantini explains, “It’s a method of teaching yoga for modern bodies. Modern Yoga Method is my brain.”  MYM provides teacher training, workshops and labs; a Yoga Teacher Certification, recognized by the Canadian Yoga Alliance, can be obtained after successful completion of their 200-hour workshop.  She sums up her philosophy saying, “We can still respect the tradition of yoga while giving ourselves permission to walk away from linear shapes and movement, shapes and movements that don’t always serve the modern body.”  Esther De Lapa is one of eight students enrolled in the 200-hr MYM teacher training workshop which began last September.   With a mere few weeks away from completing the program, she has this to say, “Isidora’s approach to modern yoga marries the passion of the practice with today’s science and biology of our bodies.  I feel strengthened, empowered with knowledge, and inspired to bring this forward to others.”

Modern Yoga Method’s podcasts launched in February.  It’s another form of communication, to tell stories, share information and get the word out about MYM.

If you are interested in learning more about other influential women in our community, stay tuned for Julie Williams’ photography exhibit “Movers & Shakers:  Stouffville Women Shaping Our Community” which will be on display at 19 on the Park September to mid October 2019. 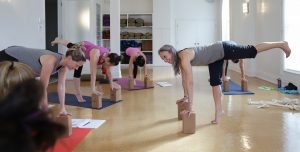